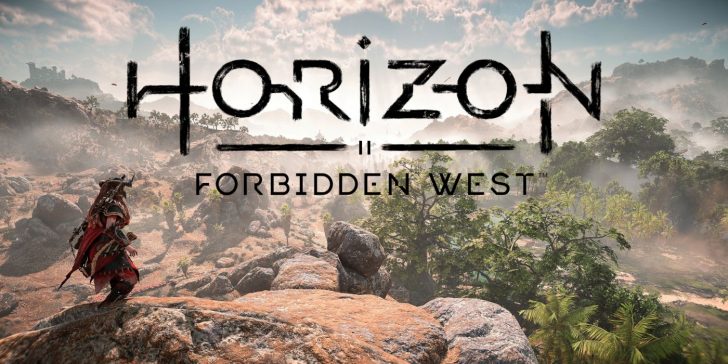 Word travels fast in the world of Horizon, with circulating rumors of main character Aloy’s great deeds always brewing further up the road. The “Savior of Meridian” earns additional honorifics in the content-rich sequel Horizon: Forbidden West, a sprawling sci-fi open-world adventure which cultivates and energizes most every single aspect of its predecessor. It’s the type of follow-up which feels assuredly similar to the original – reused animations from Zero Dawn notwithstanding – but satisfyingly expansive in the new directions it forges, especially in its sprawling narrative.

To get brought up to speed: prior to Horizon: Forbidden West, Aloy previously dispatched HADES (or most of it, at least), a malevolent AI hellbent on re-eradicating life on Earth. Our planet in Horizon: Zero Dawn has already experienced a mass extinction event, a seemingly misbegotten last-ditch attempt at humanity’s survival that led Earth to be ravaged and reborn, now covered with bestial machines. These automatons were once helpful extensions of mankind’s goals, following orders, terraforming the planet, nurturing the biosphere, and subverting climate change. In the centuries following the disaster, humans slowly reemerged. Blinded by the absence of a millennia’s worth of knowledge, they wove into tribal societies, hunted the hostile machines for tools and trade, fought amongst each other, and generally got by as best they could in this new wild world. All the while, the grander mystery of their true origin and potential hides out of reach in untouched ruins, entombed in ancient technology.

Aloy travels from the northeast corner of this new map out into a larger play area that evokes California, Nevada, and Utah, though quite a few of Horizon: Forbidden West’s biomes echo those seen in the first game, only with more detail and fidelity. The basic combat mechanics are also comparable to what’s been seen before, but with scores of new weapons, tools, and unique variations thereof to discover, upgrade, and master. The level-up/skill tree is more elaborate, melee has been significantly expanded – though it still feels a bit stiff, weighty, and secondary to projectile combat – and upgrading preferred weapons will require countless hours of careful scavenging and machine combat.

Of course, Aloy will fight a wide assortment of new machines in Horizon: Forbidden West, including extra-deadly elemental and “apex” versions, as well as new massive cauldrons to explore, new traversal tools, and even an eventual “home base.” Aligning with the finale of the previous game, Aloy isn’t quite alone this time around, with faces old and new quick to congregate around her in support of her objective. She slowly imparts her secrets of the world to them, rendering her character’s journey from former condemned loner outcast to decisive leader one of Horizon: Forbidden West’s finest narrative flourishes. There’s a lot of proactive momentum and action to the story’s progression, and the shoe-dropping beats carry true weight, frequently affecting the gameplay directly as well.

For dedicated collectors and 100-percenters – who should prepare for a lengthy Horizon: Forbidden West experience – the game boasts a vast array of map tokens to hunt down, frequently leading to puzzle-room-like ruins, sunken caves, decrepit high-tech offices and bunkers, lives to save and rebel outposts to clear. Regarding the latter, a few aggressive factions join Forbidden West’s newer tribes, each of them as well-drawn and dignified as those in the previous game. The depth in detail hearkens back to Zero Dawn; consider the Utaru, whose dense villages are woven from dense plant life and look like majestic multicolored wicker strongholds, or the prominent Tanakth, whose jagged tattoos echo the static of corrupted holographic images central to their warrior’s doctrine.

Horizon: Forbidden West is studded with plentiful references to the original game, but those who’d prefer to just plunge ahead with the broad strokes of the story, blast aggressive machines to literal pieces, and leave the numerous lore items unread can carry on perfectly well and find plenty to do and see. Still, the game feels custom-built for those who’ve played its previous entry in-depth: those players who will pick through every note and datapoint, closely inspect each tribe member’s garb, and exhaust each dialogue option to flesh out the world in context will find rich rewards.

There’s some fuzziness with Horizon: Forbidden West’s difficulty settings, which perhaps speak to some common complaints in the original. Normal used to be a bit too easy and normal mode here is harder, while hard is significantly more challenging than before. That makes for a tricky sweet spot to target, especially since different modes also present greater bounties of collectibles. It’s hard not to want for the remarkable level of depth in The Last of Us Part 2’s accessibility settings, even though there are some very helpful nuanced options here that can thankfully be adjusted on-the-fly.

Horizon: Forbidden West on PlayStation 5 looks yet superior to the Zero Dawn current-gen update (which itself was impressive), outside of the occasional texture flash and such, hopefully corrected on a day-one update. Weather effects are improved and draw distance is striking, and most will be stressing the incorporated photo mode with each newfound vista. The previously revealed Shield Glider feels like something which should have always been in the Horizon series, and it’s a pleasure to soar between biomes from a mountain perch, launch between grapple points with the new Pullcaster, or engage the game’s other maneuverability surprises as they’re revealed.

If there are any problems or less-than-stellar elements in Horizon: Forbidden West, they’re built upon those in the first game. This means that the developed melee combat still feels touchy and cumbersome, though it can now combine more effectively with alternating fired arrows. Stealth gameplay also remains half-baked despite new tools to engage it with, but distant headshots are still a joy to land from a safely-hidden perch, though whether Forbidden West’s human enemy AI has been meaningfully improved is difficult to ascertain. The climbing mechanics are predictably improved as well, less clunky but still haphazard; a click of Aloy’s Focus device will reveal one sheer mountainside easily climbable while another is not, though rabbit-hopping can lead to forbidden areas as before (careful, as the game will autoload previous saves in this case).

The most obviously polished aspects make Horizon: Forbidden West something of a classically successful sequel; the narrative is more ambitious, the world has more acreage and variety, and there’s always a new side quest distraction to happily divert attention. It’s hard to imagine this being somebody’s first Horizon game, and even a “previously on…” video intro proves insufficient to having properly experienced the narrative in Horizon: Zero Dawn. Potent story beats and references will whoosh over a player’s head if they aren’t already familiar with the detailed history of the mad king’s Red Raids or Aloy’s childhood obsession with one particular holovid.

In short, Horizon: Forbidden West is a lock-the-doors sci-fi epic packed to the brim with fascinating characters and countless pleasures that will take players many hours to completely devour. Much like the original, it stands head and shoulders above many other open-world adventure games because of its meticulous approach to the “world” part; this isn’t a scattering of differentiated environments with bland faceless NPCs and checklists to drain, but an exciting ecosystem to explore featuring dozens of excellently voiced, well-observed characters to interact with. It’s the kind of sci-fi tale that takes bigger and bigger swings from start to finish, led by a protagonist who is, by now, immensely memorable and well-developed. It’s hard to imagine how a Zero Dawn fan could be at all dissatisfied with Guerilla Games’ choices here – the studio has delivered exactly what they were waiting for.

Horizon: Forbidden West releases on February 18 for PlayStation 4 and PlayStation 5. A PlayStation 5 digital code was provided to Screen Rant for the purpose of this review.

Nintendo Switch Sports Online Play Test Dates: When & How To Sign Up

Leonardo Faierman was born in Buenos Aires, raised in Queens, on the playground was where he planned most of his schemes. Since then he’s plowed a jagged path as a writer, editor, podcaster, comic creator, and mostly benevolent malcontent in New York City.

His favorite comic book is Love & Rockets, favorite film is Mad Max: Fury Road, favorite video game is Guardian Heroes, favorite book is The Thief’s Journal by Jean Genet. At the time of this writing, there is the distinct possibility that all or some of those have changed.

Leo’s 1/5th of the long-running podcast @BlackComicsChat, 1/2 of horror podcast @TheScreamSquad, film editor for the independent sci-fi monthly newsletter Narazu, and generally has words all over the interwebs, but they’re frequently gathered up on Twitter at @LeonardoEff — you can go yell at him there, if needed.