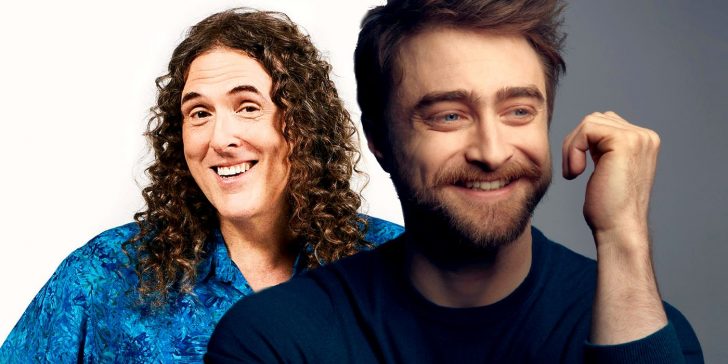 Daniel Radcliffe got cast as “Weird Al” Yankovic because of a parody song he once performed in front of Rihanna on The Graham Norton Show.

Daniel Radcliffe got his role as “Weird Al” Yankovic in the upcoming biopic WEIRD: The Al Yankovic Story in a way that can only be described as weird. Radcliffe, who is best known for playing boy wizard Harry Potter for a decade beginning with 2001’s Harry Potter and the Sorcerer’s Stone, has grown up in the public eye. Following that tentpole fantasy film franchise, he has taken on much smaller, weirder roles including playing a farting corpse in Swiss Army Man , a mad video game designer in Guns Akimbo, and the iconic literary figure Igor in Victor Frankenstein.

Despite all this, at first blush, it doesn’t quite make sense why Radcliffe would be the perfect choice to play the curly-haired accordionist. Weird Al is an iconic pop culture figure, as towering as the famous artists and bands he lampoons in his ever-popular parody songs like “Eat It” (parodying Michael Jackson’s “Beat It”) or “The Saga Begins” (a Star Wars-inflected reworking of Don McLean’s classic “American Pie”). However, his iconic nasal voice, flailing limbs, and overall wacky demeanor don’t immediately call to mind the skillset of Daniel Radcliffe.

Radcliffe appeared on The Tonight Show with Jimmy Fallon to explain that got this unusual role in an even more unusual manner. It turns out that Weird Al himself was behind this casting decision, having seen Radcliffe on a 2010 episode of The Graham Norton Show. On the show, he performed the song “The Elements,” a Tom Lehrer track that lists the periodic table to the tune of Pirates of Penzance’s “Major-General’s Song.” He explains that he did this in front of “Colin Farrell and a very amused Rihanna,” and “I guess Al saw that and was like, “’his guy maybe gets it.'” Read his full quote below:

When I talked to Al for the first time, I was like, “I’m immensely flattered by the idea that you would pick me to play you, but like, why me? I’m mystified but excited.”

I sang “The Elements” next to Colin Farrell and a very amused Rihanna. [I sensed she] was like, who is this kid, and why is he singing all of “The Elements?”

I guess Al saw that and was like, “This guy maybe gets it.” And so he picked me. So I’m very, very lucky, and now I’ve gotten to have accordion lessons with Al.

WEIRD, which just wrapped filming earlier this week, was directed by Eric Appel, who co-wrote the film with Yankovic himself. The biopic also stars Rainn Wilson as Dr. Demento, the radio personality who gave Al his first big break, Toby Huss and Julianne Nicholson as his parents Nick and Mary Yankovic, and Evan Rachel Wood as Madonna, whose song “Like a Virgin” he parodied as “Like a Surgeon.” The film will be released on The Roku Channel, though an official date has not yet been announced.

Yankovic clearly sensed an energy and enthusiasm in Radcliffe that made him perfect for WEIRD: The Al Yankovic Story. Plus, it wouldn’t be a Weird Al movie without it being peculiar in some major way. With this story behind the casting of its lead, the film remains poised to be one of the most intriguing biopics of the coming year.

Next: Every Grammar Joke In Weird Al’s Word Crimes