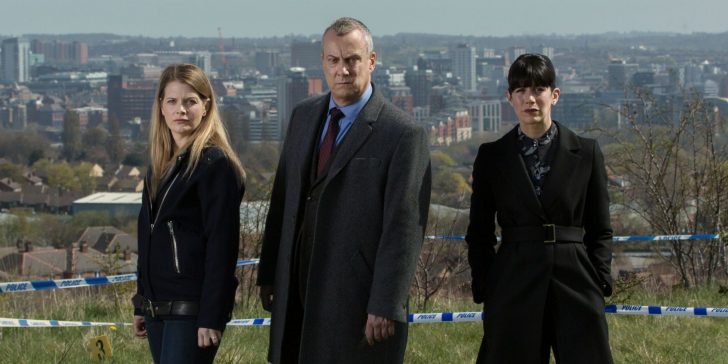 DCI Banks season 5 may have been the crime drama’s last but it was also its grittiest to date. Here’s how the season 5 finale concluded the show.

The DCI Banks season 5 finale brought the British crime drama to a close. Starring Stephen Tompkinson in the title role, DCI Banks is based on British-Canadian crime writer Peter Robinson’s series of Yorkshire-set Inspector Banks novels. The first three seasons of DCI Banks were composed of three or four two-episode storylines adapted from Robinson novels including Friend Of The Devil and Dry Bones That Dream.

In DCI Banks season 4, the series took a different direction by focusing not on Robinson’s novels but on original stories developed specifically for the TV series. DCI Banks season 5 took a cue from the previous season, featuring three brand-new, two-part storylines written specifically for the show. Following in the footsteps of other British crime dramas like Netflix’s Stay Close, the series captivated audiences all the way up to its gritty end. DCI Banks season 5 was also the first season to feature an ongoing story arc spread over its six episodes that focused on Banks’ investigation into outwardly respectable crime boss Steve Richards and his wife Tamsin, played by Shaun Dooley (King Foltest in The Witcher) and Maimie McCoy. All of this led up to DCI Banks’ ending, which was a brutal finale for the detective show.

DCI Banks season 5 was hailed as the show’s grittiest season yet and the body count certainly racked up over its six episodes. Among the victims were Steve and Tamsin’s daughter Kat (Rose Sheehy), Steve’s henchman and drug dealer Charlie Franklin (Krypton’s Emmanuel Ighodaro), and Banks’ own colleague and former love interest, detective sergeant Annie Cabbot (Andrea Lowe), who was stabbed to death in DCI Banks season 5, episode 4. The final two episodes of DCI Banks’ season 5 focused on the investigation into Annie’s murder, which Banks was convinced Richards was behind. However, an increasingly erratic and obsessed Banks was taken off the case by his superior after assaulting Richards.

In DCI Banks season 5, episode 6 “Undertow: Part 2,” Banks continued his investigation into Annie’s murder despite being suspended. Banks raced to find out how Steve Richards was connected to Annie’s death and in DCI Banks’ ending he — and the viewers — finally found out. Via a confession from Steve’s wife Tamsin, it transpired she had murdered Charlie Franklin as revenge after deeming he was partly responsible for their daughter Kat’s death. Tamsin also revealed that she confessed to killing Charlie to Annie and after Steve realized this, he had another of his henchman kill Annie to keep her quiet. After Steve was arrested for his crimes, DCI Banks ending concluded the series with a somber and touching scene that saw Banks saying goodbye to Annie at a cairn he’d built for her on the Yorkshire Moors and promising he’d keep an eye on her young daughter.

Why DCI Banks Ended (Was It Cancelled)

In 2016, ITV announced DCI Banks’ cancellation and audiences were not happy about it. Many fans took to Twitter to express their outrage at the network for refusing to cough up DCI Banks season 6. The reasons for the series cancellation are unclear, as the final season’s first episode opened with 6 million viewers. It’s obvious that the British crime drama had a following of passionate fans and the series did well by critics’ standards. Too there is a huge amount of material to draw from, given how expansive Robinson’s body of works is. While ITV does often lean towards offering brilliant crime dramas like the serial killer program Des, unfortunately, all of this wasn’t enough to keep the show afloat and DCI Banks season 5 marked the end of the series for good.