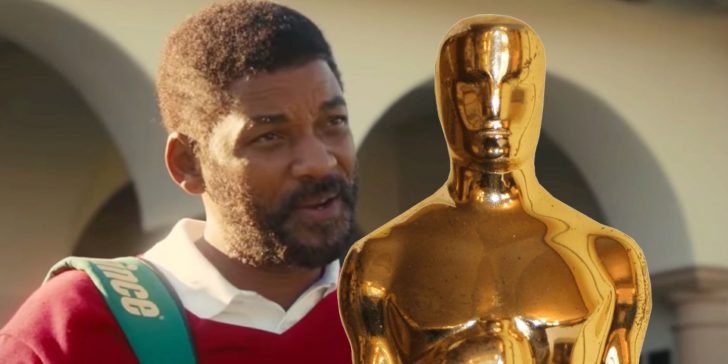 Will Smith won the Oscar for Best Actor at the 2022 ceremony, awarded for the titular role in King Richard, but how many Oscars has he won?

He won the award for Best Actor at the Oscars 2022, but just how many Oscars does Will Smith have? Smith is one of the biggest movie stars of all time, having launched an acting career out of his musical one thanks to TV show The Fresh Prince of Bel-Air. A string of 1990s hits such as Bad Boys, Independence Day, and Men In Black made Smith the summer blockbuster king, however he has also made his mark with more serious fare across the years too, proving his dramatic range as an actor alongside his bonafide movie stardom.

At the Oscars 2022, Will Smith hitting Chris Rock overshadowed his Best Actor win. Smith struck out at Rock after the comedian made a joke about Jada Pinkett Smith while presenting the award for Best Documentary Feature, with a visibly upset and angry Smith telling him to “keep my wife’s name out your f**king mouth.” Later in the broadcast, Smith was back on stage for much happier reasons, accepting the Oscar for Best Actor.

Smith had been the favorite all awards season, with his role as the real life Richard Williams in King Richard acclaimed by critics while the actor had campaigned hard for the Oscars. There’s a good reason for that, because he’d never won before. After two prior nominations, Smith’s win came at the third attempt. That means Smith has won 1 Oscar so far in his career, although it’s possible there could be more to come.

While Will Smith is one of the biggest movie stars of all time, he isn’t typically an Oscar actor. That isn’t to say he’s not talented, nor that he’s not branched out into more dramatic movies, but he is first and foremost a populist actor who appears in big budget, crowd pleasing hits. His most notable roles are in films like those mentioned earlier, and while they turned Will Smith into a box office draw, they’re not the kinds of movies that are going to win many Oscars. Smith’s previous Oscar nominations came for Ali in 2002 and The Pursuit of Happyness in 2007. For the former, he lost to Adrien Brody in The Pianist, and the latter went to Forrest Whittaker in The Last King of Scotland, neither of which are particularly contentious decisions and were accepted as the right choices, despite Smith’s own good work, especially in Ali.

Smith’s role in King Richard clearly meant a lot to him beyond winning his first Oscar, but it is undoubtedly one of the greatest showcases of his skill as an actor, allowing him to give an emotional, rounded performance: one larger than life figure playing another. Winning an Oscar is so often about narrative, of course, and Will Smith’s Oscars 2022 campaign had that because he’d never won one before. That gave the sense Smith was overdue, similar to when Leonardo DiCaprio won his first Oscar for The Revenant, making it much harder to ignore him, but this isn’t just a lifetime achievement award. Smith gives a great performance in King Richard, and deserves his first Oscar win.