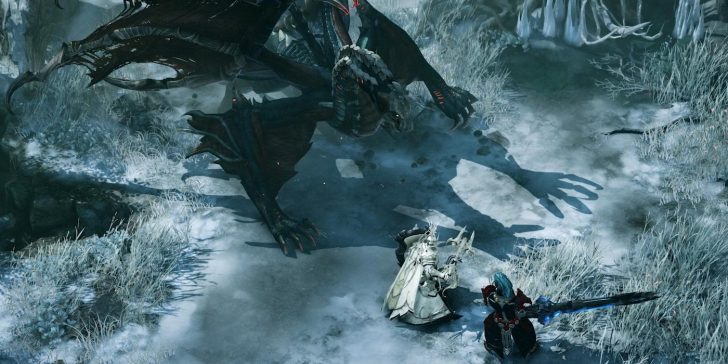 Events continue rampant in Lost Ark even a couple of months after its initial release in the West. The Glaivier has recently joined the classes roster, while the Destroyer arrives in May alongside a plethora of new activities. In the meantime, the Lost Ark Express Mission event is there to help you ease the leveling process to Tier 3, and the developer is adding a key feature to it. This guide explains how to change your designated character and how to make the most out of the event.

If you’re in need of more help, we also have guides covering a walkthrough of the main quests, the main character mechanic, how to unlock a free pet, whether to save or run away from Gerka, leveling to 50 and what to do, how to unlock sailing, two Powerpass tickets, the hotfix schedule, best classes for PVP and PVE, Ghost Ship locations, and 16 tips that may come handy.

In case you’ve missed it, the Express Mission event kicked off back on April 21, offering a more speedy process to get a character to Tier 3. Once you hit level 50 with a class, the grind becomes directly related to your item level. Different activities require different tiers, which means it’s going to take quite a while to get to the true end game content, including upcoming activities.

The event allows for a level 50 character that’s under item level 1,000 to do Express Missions. As such, you’re granted level 302 gear for said character to embark on said missions, with the option to also tackle a few optional missions for bonus materials.

The Express Mission event in Lost Ark is available until June 30 at reset time, and the class of choice is up to you. That being said, there will be a way to change your designated character after the April 28 update.

This is good news, but the benefit will depend on a case-by-case basis. If you’ve already used the honing benefit provided by the event on any Tier 2 or Tier 2 gear pieces, you won’t be able to change your Express Mission Event character. But if you haven’t, following the update, you should see a notification when attempting to hone a gear piece. If you’ve honed Tier 3 gear, you’re exempt from this and free to select a new character if you’d like.

Lastly, in case you still have unredeemed rewards and chests, remember that they’re bound to the character you choose to open them with. Hold onto them until after the update in case you don’t want to lose them.

The update goes live on April 28 once maintenance ends, which is set to start at 12 a.m. PT/3 p.m. ET and is estimated to last up to five hours.