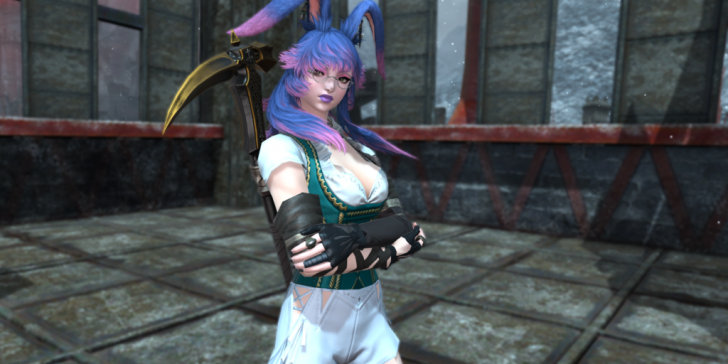 Gpose, the FFXIV equivalent of a photo mode, is typically the best way to take pictures of your character in-game. And who doesn’t like grabbing screenshots of their Warrior of Light performing cute and/or cool emotes? Sometimes you don’t want a specialized emote, though. Sometimes you just want to stand in a cool pose — or capture some tiny frame of that stance mid-animation. That’s where things get tricky… If you’ve ever tried to “Change Pose” in Gpose before, you’ve probably seen this message: “This emote cannot be applied at this time.” That’s because you cannot use Change Pose (a.k.a. the /cpose emote) while in Gpose. Luckily, there are some workarounds! Which is exactly what this guide is here to provide.

If you somehow found this guide and have no clue what I’m talking about, here are the basics. Gpose, or “Group Pose,” is an ability found in the “Extras” section of “Actions & Traits” in your Character menu. Most people don’t bother looking it up there, though. They just type “/gpose” or, less commonly, “/grouppose” into the chat menu. This triggers the de facto photo mode of FFXIV — with different camera filters, zoom options, and the like. At this point you can take a picture and show off your chosen glamour. Many people first set a pose by using an emote under the “Motion Settings” section of the Group Pose Settings menu that pops up when Gposing. If you don’t see this menu, you can click the middle mouse button, or press X / Square if you’re using an Xbox or PlayStation controller.

“Change Pose” is one such emote, though it isn’t actually a pose unto itself. Instead, it cycles through variations of poses that already exists, including standing. Using Change Pose while simply standing around will cycle through different upright postures that occur when your character idles for long enough out of combat. But Change Pose also affects emotes like “Sit,” “Doze” (when using the emote next to a bed), and “Battle Stance.” If you use /sit, for example, and then Change Pose, your character will cycle through various postures of sitting — like kneeling or stretching out their legs.

For whatever reason, though, this doesn’t actually work inside Gpose itself. At least not in the traditional fashion. Attempting to use Change Pose as an emote in the Motion Settings menu will turn up that aforementioned error: “This emote cannot be applied at this time.” The same thing actually happens if you try to use the “Sit” command. This isn’t usually an issue, but it’s a hassle. You only need to set your pose ahead of time by emoting with Gpose turned off and then type the /gpose command to bring up the photo mode. Easy!

It only really becomes a problem if you want to capture a specific frame of a standing or sitting animation. One standing pose, for example, as your character smooth out their hair before assuming a cocked hip posture. You can set the posture and switch to Gpose, sure, but what if you specifically want a picture of the moment your character smooths their hair?

The answer is actually pretty simple (if a bit inconvenient and poorly explained). Gpose will always auto-play the last emote you used whenever you open the photo mode… sort of. Change Pose and Sit actually get overridden in this regard. If you use /bow, for instance, followed by Change Pose, then Gpose will still begin to play the Bow emote instead of Change Pose when you open the menu. This is the same reason players will often open Gpose to find their character performing the whistle animation that plays when activating a mount. This counts as an emote, for the purposes of Gpose, and will override your standing posture until you tell it to stop.

The same solution fixes both the mount whistle animation and the Change Pose problem. You just need to sit. Specifically, you need to use the /sit emote while not in Gpose. Because the Sit command does not work inside Gpose at all, this clears the photo mode’s memory and basically resets the last-used emote to “neutral.” You can stay seated and then use Gpose to take a screenshot of your character while sitting. If you want them to just stand normally, you can use /sit a second time or walk forward a step to stand back up. Then use Gpose again to reopen the photo mode!

Use the /sit command while Gpose is closed
Use /sit again or walk forward just a step to exit the sitting posture
Open Gpose
Take your screenshot!

Granted, this only works if you want a neutral standing posture. If you want to capture a particular Change Pose animation, on the other hand, you just need to wait a few seconds after standing up from a Sit. This will cause your character to perform the last-selected idle animation you performed with Change Pose. Once they do, just open up Gpose again, and the animation will play!

The big downside is that, unlike other emotes, the idle animation cannot loop infinitely. You can toggle this for other emotes using the “Loop Motion” button on the top-right of the Motion Settings menu. This will cause your character to repeatedly Bow, Kneel, Hug, etc. — it just repeats whichever was the last emote you used. It does not work for the idle animation caused by Change Pose. This means you need to close Gpose, wait for the animation to play again, and reopen Gpose every time you want to catch a particular frame of the animation.

Thankfully, you can still pause. Just use the “Disable/Enable All Motion” button at the top of the Gpose menu. Controller users can instead pull the Left Trigger / L2 button for the same effect. This will pause your character mid-animation — even during the idle animation triggered by Change Pose. Using this method you can stop and start, frame by frame, to try and grab the shot that’s just right for you. That’s how I was able to capture images like the ones shown below.

The order of events in this case would look like this:

Use the /sit command while Gpose is closed (to clear any previously used emotes)
Use /sit again or walk forward just a step to exit the sitting posture
Wait a few seconds for the idle animation to start, or use Change Pose until you find the animation you want
Open Gpose
Press LT/L2 or “Disable/Enable All Motion” to pause your character
Press LT/L2 or “Disable/Enable All Motion” if you need to resume movement
Repeat the previous two steps until you find the pose you want
Take your screenshot!

That’s pretty much all there is to it! Hopefully this guide and these tips help you on your journey to perfect FFXIV screenshots. Gpose is a massive amount of fun all on its own and well worth learning inside and out. Most of these tips can be applied to lots of different elements of the makeshift screenshot mode. Even if you don’t need to use the Change Pose trick. Best of luck and enjoy yourself as much as I did while writing this guide.