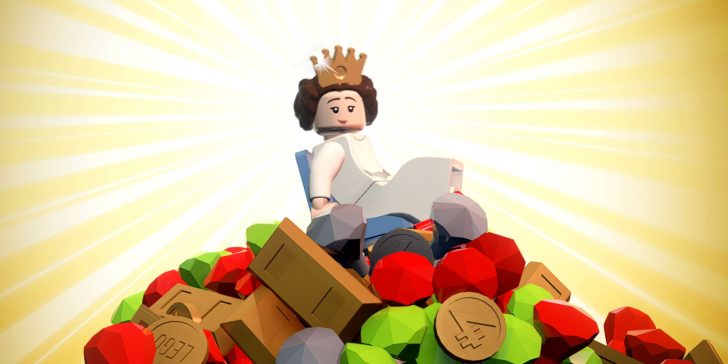 LEGO Star Wars: The Skywalker Saga uses Studs as currency to buy characters, upgrades, or rumors, and there are a few ways to earn them fast.

Studs are the main currency used in LEGO Star Wars: The Skywalker Saga, but earning them can be very time-consuming. Nearly everything in the game requires Studs to unlock, from characters and upgrades to rumors about new opportunities. Many of the popular characters in LEGO Star Wars: The Skywalker Saga cost 200,000 Studs or more, so players will need a lot of them to unlock everything.

New characters awarded from story or side missions aren’t always playable right away. For example, Jabba the Hutt is unlocked by completing story missions in Return of the Jedi, but he still needs to be purchased for 500,000 Studs before he can be used to explore the galaxy. With over 300 characters to unlock in LEGO Star Wars: The Skywalker Saga, players will likely spend a lot of time farming for Studs, but some methods are quicker than others.

Studs can be earned at any time either in Story Mode or in Free Play. Any breakable object will produce Studs when hit, and there are also some floating around on the ground. With all the available options, it may seem like earning Studs fast is easy, but many of these methods will produce a low amount of Studs. However, there are a few ways that players can maximize their Stud collecting to unlock characters and upgrades quicker.

In the Extras menu, the first tab shows how many Datacards have been collected and what modifiers are active. Instead of buying characters in LEGO Star Wars: The Skywalker Saga, players should save up to unlock multipliers. There are 19 Datacards to find, but only one is needed for each multiplier. The Stud multipliers stack, so saving up to unlock more than one modifier will greatly increase the amount of Studs players collect. The first Stud multiplier will double the amount collected and it costs one Datacard and 1,000,000 Studs. Although it may seem expensive, it will pay off later to unlock these multipliers as early as possible.

The final level of LEGO Star Wars: The Skywalker Saga’s A New Hope is the “Stay on Target” mission, and it’s the best level for earning Studs. It’s a quick mission, and there are plenty of objects and ships to destroy that award a lot of Studs. A purple Stud will also be awarded in place of any Minikits previously collected. As long as players are continuously shooting, they can earn at least 60,000 studs in under five minutes without any multipliers on. More Studs can be earned on this level if players take some time to destroy all the breakable objects in the larger area just before the end of the level.

There are a few valuable upgrades players can purchase to make Stud collecting easier. Whether playing through the story or exploring the galaxy in LEGO Star Wars: The Skywalker Saga, players will come across various Terminals. There are class-specific upgrades for most characters that use Terminals where the puzzles can be bypassed, but completing them earns additional Studs. While not the biggest Stud payout, the Terminal bonuses will add up after a while.

The other skill players should fully upgrade is the ability to attract Studs. This ability is in the core upgrades section, and unlocking the third tier will make Stud collecting very easy. Studs can even be pulled through walls with this skill, so players may walk by an area with a hidden purple Stud and pick it up without having to actually find it. Many Studs will be needed to fully complete LEGO Star Wars: The Skywalker Saga, but these methods make it easier to earn them quickly.

Next: LEGO Star Wars: The Skywalker Saga – How To Complete Luke’s Workshop