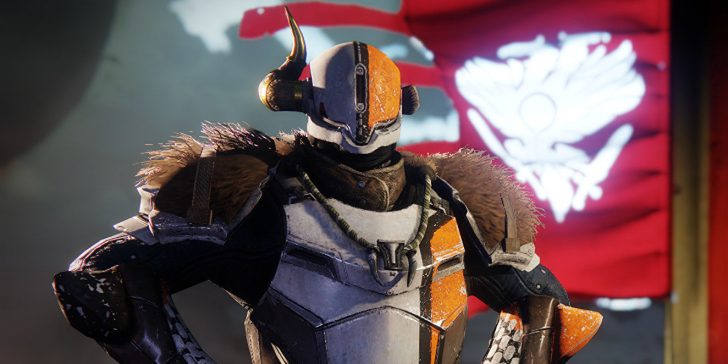 I have a confession: I am a terrible PVP player in Destiny 2. I probably wouldn’t play the mode at all if it didn’t help you get gear you could use in the rest of the game. Within me lies a latent saltiness that emerges only when I play competitive games, which is why I’ve learned to mostly stay away from them. They just aren’t for me, and that’s fine. You can certainly play Destiny 2 without ever touching the PVP modes, but Bungie likes to encourage players to step out of their comfort zone with rewards for different activities, and given that this week is Iron Banner — which drops high-level Pinnacle rewards — I figured I’d dip my toe back in for the first time since last season.

And you know what? I didn’t hate it.

I’m not a convert by any means, and most of my time in Destiny is still going to be spent in PVE activities. But I’ve actually had a pretty good time in the Crucible this week, and I thought I’d share some of my tips for other PVE-focused players who might be hesitant to jump into the cutthroat world of Destiny 2 PVP.

If you’re mostly a PVE player in Destiny 2, you’ve probably got a loadout set up that uses Elemental Wells and all kinds of mods that are great for taking out bosses and lower-level enemies. But a lot of those mods either aren’t going to be as effective or just straight-up won’t work in the Crucible. You could spend time switching out the mods on your armor every time you want to drop in, but it’s much easier to simply create a second, PVP-focused set that you can swap into. Don’t forget to switch out your Exotic, too — a lot of the best PVE ones aren’t going to do much for you in the Crucible.

2. Dress for the Occasion

Once you’ve masterworked a dedicated PVP armor set, don’t forget to apply shaders and Universal Ornaments to it. Now, you could be like most players and just try to look like the biggest badass in the Crucible, but I’ve found better results with a different tactic — make your Guardian look as fucking stupid as possible. I’m talking mismatched shaders, weird ornaments, whatever you want. Go wild. This serves a couple of purposes. First, I think it makes things more fun for other players to see someone looking like a total maniac running around the map. Second, it’s hard to get salty when you’re bedecked from head to toe in Butterbark.

Remember, you can knock out Crucible bounties and Weekly Challenges in any public playlist. Rotating modes like Team Scorched and Mayhem are great for people just dipping their toes into PVP, because they’re not that serious to begin with. Also, if you’re playing solo, take advantage of the Freelance playlists, where both teams are composed entirely of solo players. Getting pubstomped by a full stack is never fun, and these modes help alleviate that problem.

Stay with your team! Find someone who seems to know what they’re doing and follow them around. At the very least, you’ll be drawing fire from them. Stick with your pack and remember that objectives like capturing zones are often as important as getting kills in a lot of Crucible modes. You don’t need to be at the top of the leaderboard to be contributing.

5. If All Else Fails, Use a Shotgun

Get Felwinter’s Lie from the Monument to Lost Lights or Reckless Endangerment from playlist activities this season. Get up close and start blasting. Shotgun rushing may be looked down upon by some, but it’s been a part of Destiny 2 PVP for years now. And hey, we’re not trying to get fancy here, we’re just trying to get some points up on the board.

So that’s how I’ve actually come to enjoy playing Crucible this season — I hope these tips help you out if you’re a timid PVE player like me. Oh, and be sure to check out our list of the Best Crucible Weapons in Destiny 2 if you want some more advice.

I’m still not playing Trials, though, Bungie. Trials can go to hell.