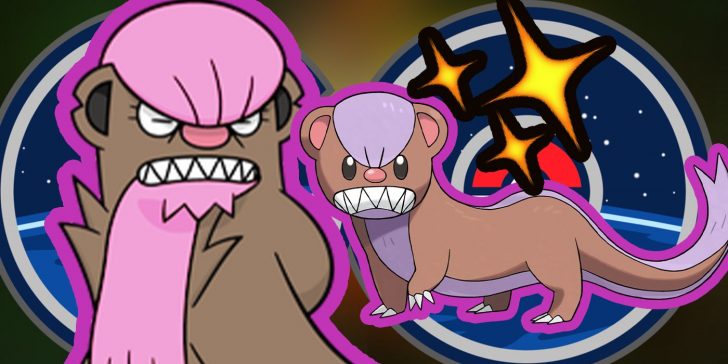 Shiny Yungoos and Shiny Gumshoos are immediately available for capture in Pokémon Go. They can be found in the wild and through field research tasks.

Shiny Yungoos and Shiny Gumshoos are available for capture in Pokémon Go. New Pokémon are added to the game in chunks rather than releasing an entire generation at a time. In the mainline games, every Pokémon has its Shiny form available in the game from the very beginning. In Pokémon Go, the Shiny forms are treated as separate beings, as the developers add them much later to the game when compared to their original counterparts. These Shiny forms typically join the game during a special event or other Pokémon promotional material. Although in the case of Yungoos and Gumshoos, their Shiny forms are available at the same time as the originals.

This is all part of the Season of Alola event in Pokémon Go. Taking place until the beginning of June, new creatures from the Alola region will be periodically added to the game. The first batch includes the Alola region starter Pokémon: Rowlet, Popplio, Litten, and a handful of other relevant Pokémon. Yungoos was one of the earlier Pokémon trainers encountered during their first adventure in Pokémon Sun and Moon. It would eventually evolve into Gumshoos.

To obtain Shiny Yungoos, trainers will need to focus on improving its spawn rate overall. The base odds of running into a Shiny Pokémon in Pokémon Go are 1/500, making it a 0.2% chance players will encounter one. There is no guarantee that the player will ever find a Shiny Yungoos, but it’s not entirely impossible. Since Yungoos will increase its spawn rate until March 15th, this is the best chance to get its Shiny form. First, start by using an Incense.

The Incense in Pokémon Go will spawn more Pokémon nearby the player rather than requiring them to move. Alternatively, a Lure Module can be placed on a Poké Stop to add more chances of it appearing. Other Alola Pokémon will likely spawn in these circles, so much sure to capture them as they appear for more XP. There’s also an event-released field research task to help trainers find Shiny Yungoos. It’s the ‘Walk 1 km’ challenge and will be labeled with a gold border around it.

Clearing it will give trainers either a Pikipek or Yungoos encounter, with Yungoos being the only of the two that can appear Shiny. If the odds are on the player’s side and they find a Shiny Yungoos, they’ll only need 50 Yungoos candy to make it evolve. Try to capture as many of these as possible while this event is active. It expires on March 15th, and Yungoos will have its spawn rates returned to normal in Pokémon Go. It’s not impossible to encounter it later down the line, but it will be much more challenging to get a normal Yungoos encounter.

More: Pokémon GO: How to Catch Celebi During Johto Tour

Pokémon Go is available now on iOS and Android.