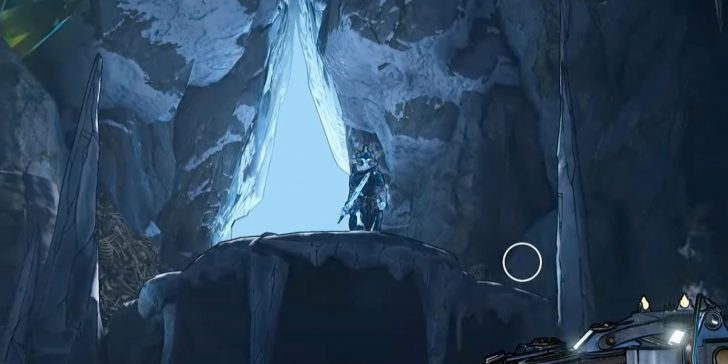 Freezicles is the boss for the “Slayer of Vorcanar” quest in Tiny Tina’s Wonderlands, and the battle can be surprisingly difficult to win.

Freezicles is one of the bosses in Tiny Tina’s Wonderlands that can be found and fought early on in the game during the “Slayer of Vorcanar” mission. However, the Freezicles boss battle can also be difficult to win, so players will need to inflict the right elemental damage and watch out for the boss’s powerful attacks. If players can manage to defeat Freezicles, the boss may drop some valuable loot in Tiny Tina’s Wonderlands, and then players can continue the “Slayer of Vorcanar” quest.

To start the “Slayer of Vorcanar” mission in Tiny Tina’s Wonderlands, players can speak to Jar in Mount Craw. After following Jar a short distance, the objective will change to destroying the three machines in Furious Gorge. Each machine will be marked on the map, so players can follow the markers and destroy all three before speaking to Jar again. From there, three explosives will need to be taken from Goblin Sappers, then players will be tasked with finding and defeating Freezicles.

After taking out the three Goblin Sappers, players can go north of the final Goblin’s location in Tiny Tina’s Wonderlands until finding the two wooden bridges to run across. At the other end of the second bridge, players can turn left to find a third bridge with a wooden blockade on the other side. The explosives from the Goblin Sappers can be used to destroy the blockade so players can enter the arena and fight Freezicles. After walking into the arena, Freezicles will jump down and the fight will begin.

There are a few moves to watch out for while fighting Freezicles. This boss in Tiny Tina’s Wonderlands will be able to teleport around the arena while surrounded by a frost nova that can cause damage if the boss appears next to the player. Often while teleporting, Freezicles will come closer, so players should start moving if the boss disappears. Freezicles will also use a powerful sword slash and stomp on the ground causing frost damage. The last two moves Freezicles will use are an ice shard throw and a sword planting move that unleashes a wave across the ground.

While avoiding attacks, players will need to strategically strike at Freezicles to beat this Tiny Tina’s Wonderlands boss. Freezicles has two life bars that are yellow and white. For the boss’s armor, players can use poison damage to quickly drain it. Although Freezicles has a white health bar, this boss will resist frost damage, so players can use fire damage instead. Fire works fairly well for this fight and allows players to avoid the enemy’s resistance to frost damage completely.

The best way to defeat Freezicles is to maintain a decent distance and constantly be moving, especially when the boss is teleporting around. There are a few other enemies in the arena that will rush the player and use melee attacks, so moving around will help with that as well. As long as players use the right elemental damage for Freezicles, the boss shouldn’t be too difficult to defeat. If players are having a lot of trouble, they made need to return at a higher level or after better skills are unlocked in Tiny Tina’s Wonderlands.

Next: Tiny Tina’s Wonderlands: How to Unlock the Chaos Chamber

Elden Ring: How To Get The Royal Knight Set