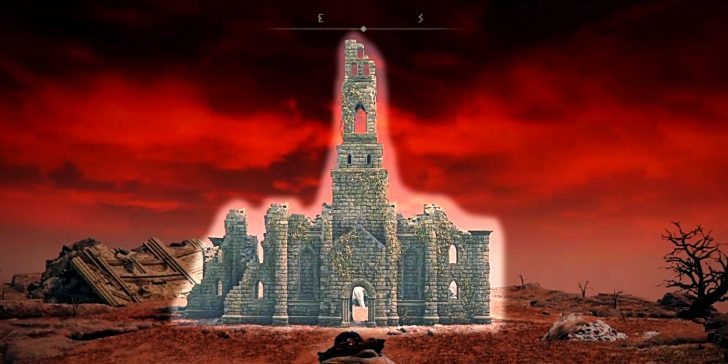 The Cathedral of Dragon Communion is a ruined Cathedral in Elden Ring located in the southwest area of the Caelid region. The quickest way to reach this location is to travel to the Caelid Highway South Site of Grace and follow the main road east in Elden Ring until reaching a fork in the road. Head south from the fork and the Cathedral should be in view.

If the Caelid Highway South Site of Grace is not yet unlocked in Elden Ring or if the player still has not reached the Caelid region then simply head to the nearest Site of Grace closest to Caelid, located east of the map, and then follow the main road further into the Caelid Region until reaching the aforementioned fork in the road. There is only one enemy at the Cathedral of Dragon Communion, a Banished Knight, guarding the entrance to the Cathedral. This enemy is heavily armored and deals high damage, players should not underestimate it, as the Banished Knight can be challenging to defeat, luckily there is a way around this enemy.

When players reach the Cathedral, it is already in ruins in Elden Ring and can be entered by walking around the Cathedral wall and walking into where the wall has collapsed. Entering the Cathedral gains players access to the Dragon Altar. The Dragon Altar is located directly in the center of the Cathedral. Interact with the Altar to unlock Dragon Communion Incantations.