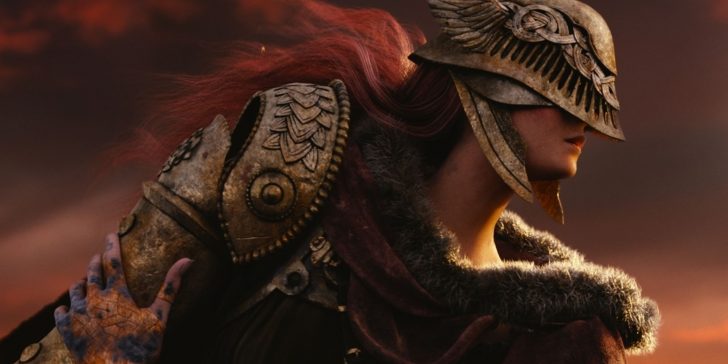 The Elden Ring Dragon Church is where you cash in those hard-earned Dragon Hearts for powerful Incantations — much like the more powerful ones you can find at the Dragon Cathedral. If your character build prioritizes Faith and Arcane, these spells are a handy way to apply ailments and deal high damage. Though they should be used with care. Finding spots for Dragon Communion is a task in itself, as well, and fraught with dangers. Let’s take a look at what that means.

How to Find the Church of Dragon Communion in Elden Ring

The Church of Dragon Communion is found alone on an island in West Limgrave. There’s no way to swim in Elden Ring, but there is a coastal cave — called the Coastal Cave, of course – that leads directly to the island. Don’t bother making the venture until you have at least one Dragon Heart. It’s worth exploring and activating the Site of Grace early in the game, though, since you’ll find the tailoring kit needed to alter your outfits in the Coastal Cave as well.

You can also kill two birds with one stone by speaking to Boc the Demi-Human and initiating his quest before making the journey. Boc is found right next to the Limgrave telescope; it’s marked on your map as soon as you find the map fragment and just southeast of the Agheel Lake North Site of Grace. Due east of the telescope is a tiny, wooded copse with grazing sheep. Approach the trees and you’ll hear a voice — seemingly speaking out of thin air. That’s Boc. He’s actually been transmogrified into a nearby bush. Punch the conspicuous shrub once to free him and begin his conversation. When you next reach the Coastal Cave, he’ll be waiting for you in the entryway.

Your next step: buy a torch from Kalé at the Church of Elleh (if you haven’t already). Then find a safe path down the cliffs near The First Step. There’s a nomadic merchant under the large, curved ruin. Continue on to the left and you’ll see a small opening in the rocks. The Coastal Cave has a number of Demi-Human enemies inside. Keep your distance and avoid getting surrounded. They’re weak alone, but much more dangerous in groups. At the end of the tunnel is finally a golden summon sign letting you call Old Knight Istvan into battle.

Unless you’ve leveled up and enhanced your weapon, you should take advantage of this ally. The next chamber has two Demi-Human Chief bosses — accompanied by a number of additional fodder enemies. They move quickly and letting the NPC (or fellow human players) take the lead makes it a much easier fight.

The tunnel opens onto the island with the Church of Dragon Communion. It’s a safe area with no enemies, so just walk into the church ruins and activate the Site of Grace. Once you have a Dragon Heart (perhaps from the dragon in Agheel Lake) come back and offer it to the altar. You can spend any hearts you acquire on up to three basic Dragon Incantations.

These are powerful but very slow spells that need to be cast judiciously. You can also boost their power with the Dragon Communion Seal: a special Incantation focus found in the Fringefolk Hero’s Grave. That’s the semi-secret dungeon found inside the Stranded Graveyard (a.k.a. the tutorial area of Elden Ring). If you didn’t take the Stonesword Key keepsake during character creation, you may have already passed by this fog-walled side area and forgotten about it entirely. Return there and follow the slope up, when the path forks. The lower route takes you to the boss of the Fringefolk Hero’s Grave; the upper path takes you to a ghostly enemy that drops the Dragon Communion Seal.

How to Find the Cathedral of Dragon Communion in Elden Ring

The easiest and safest way to get here is heading northeast from the Third Church of Marika, shown below. Follow the road into Caelid until it turns south. Then continue following it on Torrent. You’ll pass through a plain suffering from Scarlet Rot and home to giant, mutated wolves and crows. Avoid them at all costs — just keep galloping south. Near where the road forks is an avoidable dragon boss. Go around it and keep on going south until you reach the Cathedral. There’s a Banished Knight stalking the surrounding area. By this point, you should be able to challenge it without too much fear. Just make sure to stay on horseback for easiest results.

Inside the church, you’ll find another dragon altar and the Dragon Apostle’s Cookbook. I had to offer a heart to the altar in Limgrave before this one activated, so if you don’t have the option to exchange hearts for spells, give that a try. It may also be tied to time-of-day. One Fanbyte writer wasn’t able to activate the altar until nighttime. Other players still report needing high levels of Arcane, but in our experience that wasn’t necessary. Are Dragon Incantations Worth It in Elden Ring?

It depends on how you play. Most Dragon Incantations revolve around breath attacks, far-reaching elemental spells that can inflict certain ailments. The problem is how long it takes to cast them. The casting animation leaves you vulnerable, and the breath attacks usually don’t push enemies back. Only use these if there’s a safe distance between you and the target.

Dragonmaw and Dragonclaw are more effective in most cases. At least out of the basic spells. These are melee Incantations that take less time to cast and deal greater damage.

However, you can purchase more esoteric (and powerful) Dragon Incantations by defeating more dragons. Anytime you kill a named dragon boss in Elden Ring, their signature power becomes available for purchase at the Cathedral of Dragon Communion. These are often more powerful versions of existing Dragon Incantations (denoted by unique art and the name of the dead dragon in the Incanation title).

How to Get Dragon Hearts in Elden Ring

Dragon Hearts drop when you defeat named dragons, including Agheel and Greyoll. You can get an easy five Dragon Hearts – and nearly 80,000 Runes – following our Rune Farming guide, which is more than enough to buy some breath spells and Dragonclaw. If you plan on using Dragon Incantations frequently, remember to visit the Fringefolk Hero’s Grave dungeon in Limgrave. You don’t need to beat the boss to acquire the item. Defeating that much-less-powerful ghost will get the Dragon Communion Seal, which raises the power of Dragon Incantations.