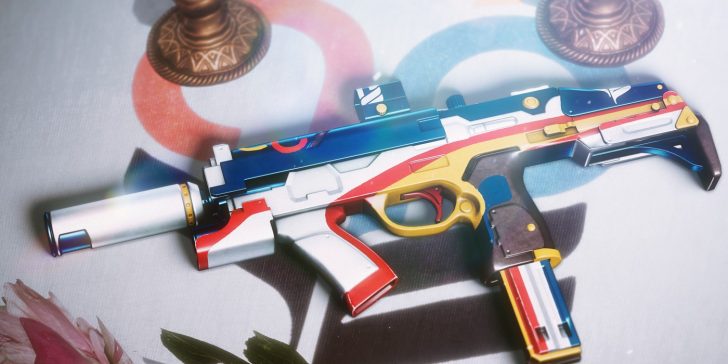 2022’s first Destiny 2 Guardian Games event is here as part of The Witch Queen and Season of the Risen. Pitting Warlocks, Titans, and Hunters against one another once more, the Guardian Games present all sorts of features for both newcomers and veterans who are participating once more, from a new SMG called The Title to cosmetics, medallions to hoard, and much more. As part of many of the missions you’ll encounter, you’re gonna stumble upon the Destiny 2 Best in Class quest. This guide explains how the steps and how to get The Title SMG.

The steps to unlock the Best in Class quest in The Witch Queen are as follows:

During the Guardian Games, head over to the Tower and speak to Eva Levante
Choose any of the class items that she offers you

The quest has nine steps in total, so let’s go through them.

You begin the Destiny 2 Best in Class quest simply by talking to Eva Levante in the Tower. After a brief introduction to the Guardian Games, you’re free to choose between a selection of class items, each with its distinct element. Then, all you need to do is purchase a Contender Card, which is done on the same menu.

Now, the second step involves earning a total of 10 laurels as well as medallions, although the quest does not specify an amount for the latter.

As we’ve explained in our guides, you can get laurels just by defeating enemies using your class abilities. Honestly, gathering only 10 of them is going to be a breeze. I recommend jumping into a strike to tackle both objectives.

In my experience, it only took one strike to complete both tasks, as getting just one Medallion at the end completed it for me. Worst case scenario, run a second strike and you should be all set.

Step 3: Speak with Eva Levante in the Tower Courtyard

Short step as it only involves a brief chat with Eva Levante in the Tower. Feel free to exit to Orbit after the strike and head over there to continue.

There, Eva is going to give you the Medallion Case, which displays all of the laurels and medallions you’ve gathered so far.

Step 4: Deposit Your Medallion at the Guardian Games Podium in the Tower Courtyard

This is rather straightforward — all you have to do is exit the Eva Levante menu, walk over to the podium that is located behind her, and interact with it to deposit the first of many medallions in your possession.

That is all for this step — just remember to repeat this action occasionally to keep the podium up to date.

Step 5: Speak with Eva Levante in the Tower Courtyard

Yes, you have yet another chat with Eva Levante pending, so go for it.

Step 6: Speak with Zavala in the Tower Courtyard

Another chat, this time with Zavala, who is in the Tower as per usual. This unlocks the Guardian Games: Recreational playlist in your Directions tab, above the Tower.

Zavala also gives you the Guardian Games: Medallion Battalion task, which involves collecting medallions and then depositing them on the podium, as explained by Eva Levante.

Step 7: Complete an Activity in the Guardian Games: Recreational Playlist and Earn Vanguard Medals During Combat

As the title says, it’s time to jump into a Recreational playlist activity. For this, head over to the Directions tab, select the Tower, and click the Guardian Games logo on the left.

In my experience, all I had to do was complete the activity. The quest step completed itself after beating the boss at the end, which granted me a Bronze Medallion.

Step 8: Speak with Zavala in the Tower Courtyard

Another chat ensues — this conversation unlocks the Shoot to Score quest, which has 18 steps, as well as the Guardian Games: Training playlist.

Step 9: Speak with Eva Levante in the Tower Courtyard

The last step for the Destiny 2 Best in Class quest involves another quick chat with Eva Levante, who gives you The Title SMG. Congrats!