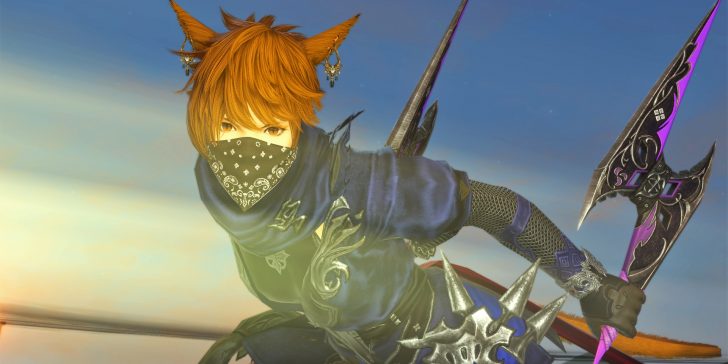 There are a bunch of types of currency to juggle in Final Fantasy XIV, and with Patch 6.1, we have another one: Trophy Crystals. These aren’t your typical Tomestones, Scrips, or Sacks of Nuts. In addition to the standard Wolf Marks, the new Trophy Crystal is a currency you earn through the latest iteration of PVP in FFXIV. However, you’re not rewarded with them outright after completing PVP matches, so we’ll help clear any confusion here.

First off, finishing a PVP match rewards you with certain amount of Series EXP. The amount depends on the mode you play and whether your time wins or loses. Series EXP contributes to your Series Level, which you can see in your PVP Profile. Each time you gain a Series Level you earn a reward, and most of these rewards are chunks of Trophy Crystals.

In order to get the Trophy Crystals, you have to pull up your PVP Profile then select Series Malmstones then claim your Series Level rewards. This is also how you track your PVP progress. Easy as that, but just as easy to miss. Think of a Series in FFXIV as a Season in other competitive or ongoing games — so you may want to hop on PVP before it’s too late. Also, keep in mind that Series EXP and PVP EXP are two separate progression tracks.

When it comes to rewards, it doesn’t matter if you play Casual or Ranked matches of Crystalline Conflict. Of course, you won’t be progressing in the competitive ranking system in Casual — that comes down to whether or not you care about that sort of thing. What really matters is if you win or lose. Thankfully, there isn’t that big of a gap with regards to Series EXP, which is what the focus for earning Trophy Crystals.

A typical Crystalline Conflict match takes about five to seven minutes, or even shorter if a team gets absolutely steamrolled. Some matches with a lot of back-and-forth in overtime can end up around eight minutes or longer. Word on the street is folks are throwing matches to rack up EXP faster since there’s no consequence in Casual and only a minor difference in rewards payout — but come on, that’s no fun!

You also get a sizeable chunk of Series EXP from Frontline matches, the PVP mode that’s been in FFXIV for a while now. These 72-player, three-team onslaughts are quite hectic and can be fun, but they take much longer than a typical Crystalline Conflict match. Frontline matches usually go on for about 18 minutes, sometimes reaching their time limit of 20 minutes.

When you do the math, even three losses in Crystalline Conflict will net you much more Series EXP than a win in Frontline.

Frontline also has a Daily Roulette that will net you some extra PVP EXP and Wolf Marks on top of your normal earnings. This is mainly for those looking to level up alternate Jobs since you get a nice chunk of normal EXP to boot. Unfortunately, you do not receive extra Series EXP. So for the purposes of getting Trophy Crystals, this won’t really help.

Right now, Trophy Crystals can be exchanged for gear for glamour purposes, a few orchestration rolls, additional Job-themed flair for your Adventurer Plate, and other trinkets. Talk to the NPC named Crystal Quartermaster (Trophy Crystal Exchange) in the Wolves’ Den Pier (X: 4.5, Y: 6.1) to buy items with Trophy Crystals.

Specifically, you’ll want to check out the Virtu gear pieces, Tropaios weapons, and Wolf accessories. These are the glam pieces currently available, and some of these look pretty dope. Every combat Job has its own Virtu gear set and Tropaios weapon, and they’re all dyable. Below is a breakdown of how much they all cost.

Be mindful of what you spend your Trophy Crystals on since they are hard to come by, even if you’re an avid FFXIV PVP player. Remember, you can see how any of these gear sets and weapons look on a character using our very own on-site FFXIV model viewer, which will make your purchasing decisions easier.

FFXIV seems to have turned the corner on PVP with the addition of Crystalline Conflict and overhauls on every Job’s PVP-specific skillset. The Wolves’ Den Pier is quite crowded these days — that includes some of us here at Fanbyte. For more on PVP rewards, check out our full guide on how to get the Garo collaboration gear, mounts, and titles. Don’t forget you can get the Eat Egg emote while the Hatching-tide event is going. I’m also sure you’d love to read about your favorite men in the world of FFXIV and what that says about you.