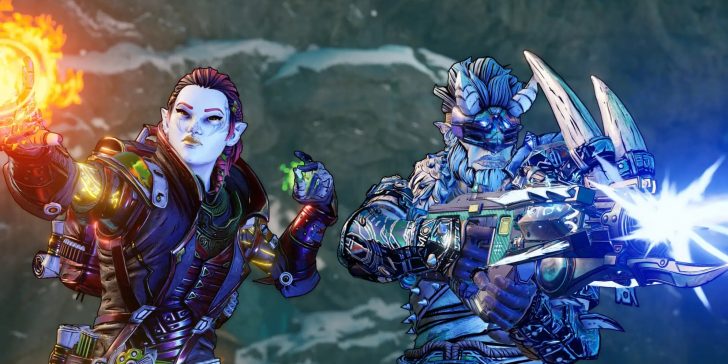 Naturally, you will come across a lot of loot while playing – even early on when you’re just completing the first few missions. This means it’s not uncommon that you will have a backpack full of junk that you’ve been picking up to either try or sell at vending machines. Thankfully, you can not only increase the size of your inventory but the amount of ammo stored and items you can keep in your bank.

How to Increase Your Backpack & Ammo Capacity

In order to unlock this feature, you will need to first make your way through the first few missions of the main story. This will take you roughly 2-4 hours depending on your difficulty level and how much exploring you do in the overworld. Once you make your way to the graveyard and claim the artifact there, you’ll be asked to return to Brighthoof. Do this and you’ll have a small cutscene play that sees Brighthoof restored after the skeleton attack.

Once this is done, you’ll be asked to go to the blacksmith who gives you a brief introduction to increasing your ammo, bank, or backpack capacity. Simply stand by the machine and interact with it to bring up a menu of different metal plates. Each of these plates corresponds with either a specific weapon archetype like snipers or shotguns or general inventories like your backpack. When you highlight one of these options you’ll not only see the price of this upgrade but how much of an increase you will get from purchasing it.

Every upgrade you buy will be fairly cheap at first, but the price will rise with subsequent purchases. For example, it cost 1,000 gold to increase my Assault Rifle ammo initially, but then rose to 3,000 gold for the next upgrade. This will increase each time you buy an upgrade, so don’t expect to max out any of these right away. Instead, I recommend focusing on your backpack first since you’ll be picking up loot left and right as you go through the story.

Doing so lets you sell more items, increasing the amount of gold you have, and making it easier to purchase various ammo capacity upgrades. One upgrade you can more or less avoid for now is the Lost Loot and Bank. The former is just a machine that stores any items you don’t pick up. Given it’s rare you’ll just let high tier items lie on the floor, increasing this is pretty pointless early on. The same goes for your Bank, which is where you can store items for safe keeping. Again, this will be helpful in the late game, but since you’ll be leveling up throughout the game and getting better gear, you really don’t need to hold onto any weapons or wards. Just focus on your backpack and ammo until you reach the endgame content.