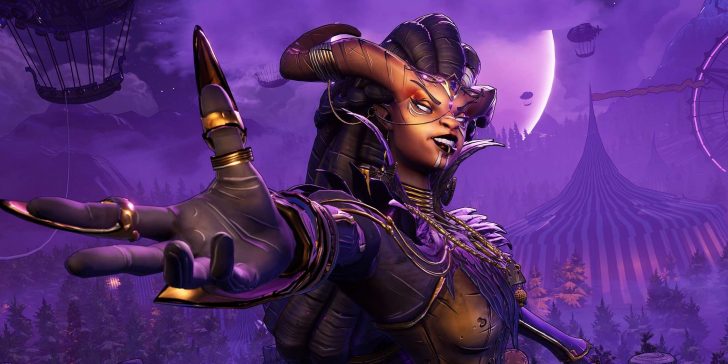 Tiny Tina’s Wonderlands is officially live and it’s time to roll for initiative! Set in the Borderlands equivalent of Dungeons & Dragons, players will join explosive aficionado Tiny Tina and her crew in a game of Bunkers and Badasses. While this title retains the same shooter-looter design of the core entries, it embraces a medieval setting that constantly changes under the whims of your Bunker-Master.

Today marks the release of the Coiled Captors, which is the first official DLC for Tiny Tina’s Wonderlands. This expansion revolves around enhancing the endgame by increasing the Chaos Tiers and adding a new activity called the Mirrors of Mystery. There is also some story content about freeing a god, but don’t expect this to be a large chunk of what you’ll be playing. This is primarily focused on Tiny Tina’s endgame and adding more ways to farm loot. Unfortunately, the game is remarkably bad at explaining how to start this DLC. So to save you some trouble wandering aimlessly around, here’s how to begin this new content.

How to Start the Coiled Captors

To start the Coiled Captors, go to the Overworld and then head towards the area where you initially began your journey. This will be the part of the Overworld that has green grass and the orange soda river. Next to the glowing shrine of Mool Ah, you will see a small village with an entrance that reads “Dreamveil Overlook.”

It won’t be marked on your map the first time, so go to where my images are showing and interact with the entrance of the Dreamveil Overlook. Now head down into the town below where all the creepy ghosts are wandering around. Ignore them for now, head up the small hill, and approach the horned woman by the creepy prize wheel. This is Vesper and she will start your Coiled Captors questline for the Mirrors of Mystery. Speaking with her will introduce you to the Wheel of Fate and the new souls currency you use to power this machine.

After you spin the wheel, Vesper will once again talk to you which completes the quest. Now turn around and approach the mirror that’s wrapped in a dragon tail. Interact with the mirror and accept the quest it offers. Don’t worry about the difficulty, for now, this activity isn’t that bad. If this is your first time accepting a quest from the mirror you will have a cutscene play and be dropped into the first official mission of the DLC. You can now explore this area and complete your task of freeing the old god!