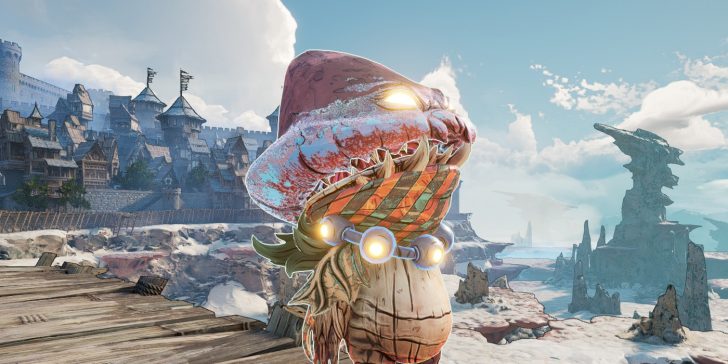 Remember Borderlands? The series is returning under a Dungeons & Dragons-inspired spin-off called Tiny Tina’s Wonderlands, combining orcs and magical abilities with the usual weapon mayhem folks know and love. This guide focuses on how to unlock the Tiny Tina’s Wonderlands secondary class for your character, and how the feature works.

How to Unlock the Tiny Tina’s Wonderlands Secondary Class

In order to unlock the secondary class for your character in Tiny Tina’s Wonderlands, you need to progress through the main story up to the end of Emotion of the Ocean.

The list of main quests up to this point is as follows:

Bunkers & Badasses
A Hard Day’s Knight
Thy Bard, With A Vengeance
Emotion of the Ocean

As for Emotion of the Ocean, it’s kind of a short quest focused mostly on story-building, so it shouldn’t take too long. That being said, definitely pay attention to it, as it’s… quite the spectacle.

Once that’s done, a message on screen is going to notify you that you can now select your secondary class.

How the Secondary Class Works in Tiny Tina’s Wonderlands

Now, the Tiny Tina’s Wonderlands secondary class mechanic is super useful, as it allows you to pick any of the other five classes available in the game. This means that you’re going to be rocking not one, but two skill trees at the same time. In addition, you now have a total of four Action Skills to choose from, as opposed to just two (although the second Action Skill requires a specific level), and of course carry the benefit of your secondary class’ Feat as well.

To activate the mechanic, head over to your Skills tab to find a separate skill tree space waiting for you. Go ahead and choose any of the other five classes and, once done, you’ll be all set. You also obtain a couple Skill and Hero points so you can purchase a few abilities from the get-go, but up from that point, it’s up to you how you want to shape your character.

Keep in mind that your Tiny Tina’s Wonderlands secondary class isn’t permanent, and you can change it again at a later moment of the main story. That being said, make sure to choose a bit carefully at first, just so you’re not stuck with a class you probably didn’t want.

That being said, the upside is pretty much immediate. As an example, I’m using the Spore Warden as primary class, and went for Graverborn as secondary class. This means I now have two companions with me at all times, and I was able to spend some points in the Faithfull Thralls and Mortal Vessel skills from the get-go.

It’s an interesting opportunity to mix and match and see what you can come up with. Just remember: Weapons are still the heart of the experience, so don’t worry about having a character that stops being viable just because you didn’t carefully study all skills to come up with the best outcome.