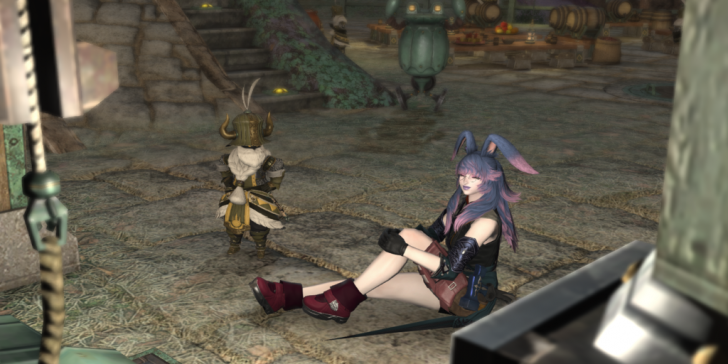 It’s easy to unlock the Dwarf quests in FFXIV without even realizing it. It’s also easy to only get partway through the necessary side missions and totally not realize where to go next. At least not at first. You really should, though, if you’re into crafting at all. The short friends from another universe are a wonderful source of crafting class XP and Materia. Like most Tribe Quests, however, their questline requires you to first complete a series of combat missions scattered throughout several locations. At least these ones are on the quick side! Let’s still take a look at all of the quest locations for future reference.

Please note, however, that the Dwarf Tribe Quests in Final Fantasy do not become available until after the Level 70 Main Scenario Quest “A Fickle Existence.” This takes during the Shadowbringers campaign. It’s also worth noting that — like the Moogles, Ixal, and Namazu — the Dwarfs are a noncombat faction. You need at least one Disciple of the Hand at Level 70 to ultimately make progress with the Dwarf Tribe. Once you do, the group becomes a quick and efficient source of XP and other goodies. That includes an exclusive tank mount. Not, like, a mount for tanks… We mean a mount that is a tank. You get the idea, so let’s go ahead with our guide to the Dwarf Tribe unlock quests for FFXIV!

There are just nine prerequisite side quests to unlock the “proper” Dwarf Tribe missions. They start as two separate questlines found in the Kholusia region of Norvrandt after reaching that area of the campaign. We’ll go over both questlines separately but remember that you need to beat them both to get to the daily missions. On the bright side: most players will complete at least part of both questlines anyway. They’re each tied to Aether Currents in Kholusia and thus necessary for flying. You may already be partway done!

As previously mentioned, the second set of missions can also be found in Kholusia. Here’s what you’re looking for:

That’s all she wrote! None of these quests is the least bit difficult, but you will need to play as a combat Job in order to complete them, before moving on to the proper Dwarf Tribe quests as a crafting class. Speaking of which: finishing both of these quests will unlock the first proper Dwarf Tribe quest in the game, called “It’s Dwarfin’ Time” in Kholusia (X: 15.7, Y: 30.3). From that point forward, though, Dwarf quests can be found at the area called Watts’s Anvil — just a few seconds north of the Ostall Imperative Aetheryte in Lakeland.

Just like most other Tribe Quests, you will receive three daily quests to complete every 24 hours. These range from crafting items, to typing out special messages, to simply interacting with NPCs. They’re all very easy. That makes this a wonderful way to level up any crafting class in the Levels 70-80 range. So long as you have enough daily Tribe Quest allowances left, of course. You only get 12 to use per day across all the different tribes in FFXIV. Remember you can always check your total remaining number of Tribe Quest allowances from the Timers section on the Duty menu. You’ll find them near the bottom of the screen.

Best of luck making friends with your new, helmeted buddies!