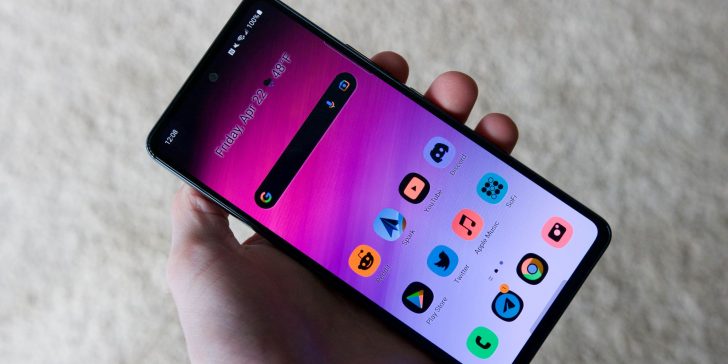 Drak mode is the best way to get black backgrounds on your Android phone. But what ever happened to the classic invert setting? It’s still there!

Dark mode is all the rage on Android phones these days, but if you prefer the old classic invert feature, you can still use it. But don’t feel bad if you didn’t know that! It’s nearly impossible to keep track of every Android feature available today. With new features/settings regularly added in yearly OS updates and smaller patches in between, your Android phone is constantly changing.

One of the biggest Android features within the last few years is system-wide dark mode. Tapping the dark mode icon on your Android phone automatically replaces stark white backgrounds with sleek black ones. And it doesn’t just change the appearance of your home screen and app drawer. Android’s dark mode also works with any third-party apps that support it — giving you a stealthy black UI no matter what you’re doing.

Related: The OnePlus 10 Pro Has A Hidden Dark Mode Feature That I Absolutely Love

However, years before dark mode was a thing, Android had a color inversion setting. It achieved basically the same thing. Find the setting, tap a button, and white backgrounds are replaced with black ones. But where the modern dark mode keeps other colors/pictures intact, Android’s classic invert applies an inverted filter to everything. If the inverted colors don’t bother you, it’s a convenient way to use apps with a dark background that don’t natively support dark mode.

How To Use Android’s Classic Invert Setting

Although Android’s classic invert isn’t immediately present from the Settings app or Quick Settings panel, using the feature is surprisingly easy — assuming you know where to look. Here’s how to use classic Invert on your Android phone:

Open the Settings app on your Android phone.Scroll down the page and tap ‘Accessibility.’Tap ‘Visibility enhancements’ or ‘Text and Display.’Tap ‘Color inversion.’Tap the toggle next to Color inversion to enable it.

Just like that, all of the colors on your phone are inverted. White backgrounds shift to black, colors/images get dimmer, and any screens that are normally dark will now appear light. In addition to enabling classic invert from the Settings app, you can also use a shortcut for easier access. From the ‘Color inversion’ page in the Settings app, tap the toggle next to ‘Color inversion shortcut.’ This displays a small button on the edge of your screen — allowing you to tap the button at any time to enable/disable classic invert. You can also drag the shortcut up and down along the edge of the screen, or swipe it to the right to minimize it. And that’s it! You can toggle Android’s classic invert on and off as much as you’d like, so feel free to play around with it as much as you’d like.

Next: How To Delete An Apple ID After Switching To Android