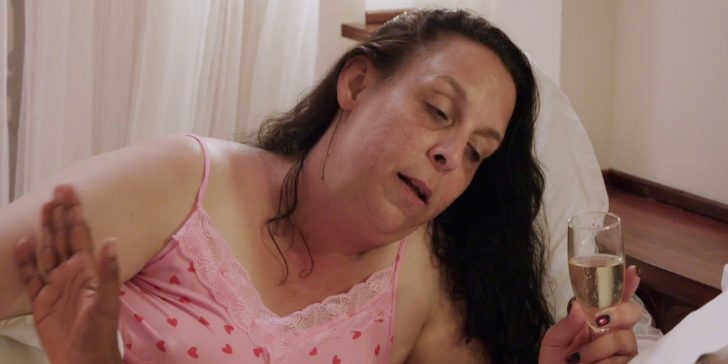 90 Day Fiancé: Before The 90 Days stars Usman Umar a.k.a. Sojaboy and Kim Menzies have an age gap between them that might affect their relationship.

The age gap between 90 Day Fiancé couple Usman Umar a.k.a. Sojaboy and Kim Menzies might affect how long their relationship lasts after they finally make it official. Usman returned to 90 Day Fiancé: Before the 90 Days with a new woman, Kim, after having documented his disastrous relationship with ex-wife Lisa “Baby Girl” Hamme in the past. Due to his reputation of doing the show for fame and money, fans suspected Usman was dating another older American woman with ulterior motives. Usman proved them wrong at first by refusing to sleep with Kim despite her pushy nature and expensive gifts. Now that Kim is not his “potential” girlfriend anymore, however, here’s what could be the validity of Usman’s second reality TV relationship.

After having slept in the same room together without even exchanging a kiss, Kim was disappointed in Usman on 90 Day Fiancé. Kim gave Usman an ultimatum that if something didn’t happen between them before the Tanzania trip ended, she would cut contact with him. Out of fear of losing her, Usman agreed to hook up with her. Moreover, Usman agreed to talk to Kim’s son Jamal to show how serious he is. He later gave her the “yammy” she wanted, “the African way.” As fans uncomfortably watched Usman declaring they are “boyfriend and girlfriend” and Kim exclaiming “I won,” they wondered if everything has been going exactly according to Sojaboy’s plan.

With Usman being only 32 years old compared to Kim’s 50, she certainly has lived much longer than the Nigerian man. But judging Kim’s behavior with Usman on Before The 90 Days, she will put more pressure on him after having sex. Kim will now want to take their relationship a step further by perhaps getting engaged, which is also one step closer to Usman’s ultimate dream of becoming a US citizen. There are rumors that Kim and Usman did get engaged, but she claimed that the rings on her finger belong to her late mom Sally who recently passed away.

Meanwhile, Kim – who’s been a huge Michael Jackson fan since she was 13 – keeps Sojaboy Usman on the same pedestal as him. Because Usman also wants to follow in the footsteps of artists such as Jay-Z and Chris Brown, Kim might take over as his manager to launch his career in the US. Kim has already proven how good a stage mom she is during Usman’s music video shoot for “Zara”, which incidentally is the name of his ex-girlfriend. While Kim had once professed that she’s okay with him having multiple wives, Kim was also bothered when Usman met up with Tanzanian singer Rosa Ree on 90 Day Fiancé. It’s undeniable that Usman being surrounded by much younger girls will make Kim jealous in the same way that it had mattered to his ex-wife Lisa. In fact, Kim may always feel threatened by Zara once Usman reveals that he still has feelings for the American woman.

At the same time, there are doubts about Usman having agreed to sleep with Kim just because her severing ties mean that his flow of expensive gifts will also end. Usman will possibly keep using Kim to get anything that he desires as long as he can keep satisfying her in bed. Even if Usman is younger than Kim by 18 years, he has been sneakily manipulating her and playing with her feelings. In case Usman’s relationship with Kim doesn’t work out, he can always come back with another 50-year-old woman to appear on 90 Day Fiancé so he can keep working for the green card until he can finally earn it.

Next: 90 Day Fiancé: Kim Blasted For Using Son To Manipulate Usman Into Intimacy