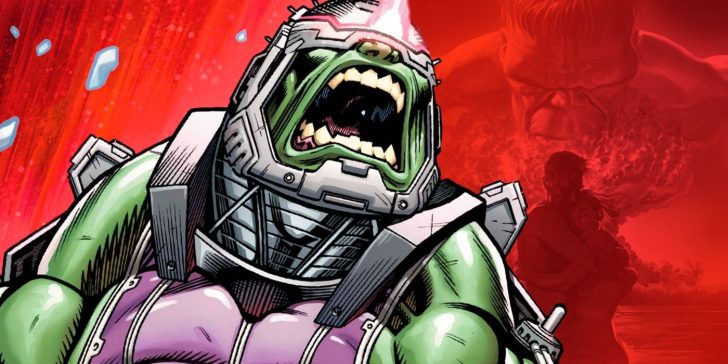 Hulk’s new era is purposefully ignoring its predecessor Immortal Hulk, not just in terms of themes but also plot and character development.

The current Hulk series had the tough job of coming right after Immortal Hulk, one of the most acclaimed runs in the character’s history. Hulk by Donny Cates and Ryan Ottley began with a clear statement in its advertisements: “Immortal no longer”, and has endeavored from the beginning to set its tone as far away as possible from Al Ewing and Joe Bennet’s Immortal Hulk. Developments in Hulk #6, however, indicate that the new series is not just setting a different tone, but actually ignoring its predecessor’s most important developments.

Immortal Hulk gave new meaning to the Jade Giant, introducing elements of supernatural horror such as the influence of an eldritch god known as the One-Below-All, connected with gamma energy, and it also took a new approach to the Hulk’s different personalities. Immortal Hulk also engaged with weighty themes and had a strong allegorical connotation. The series also further explored the abuse Bruce Banner endured at the hands of his father and how his childhood trauma shaped him and his alter egos. This cathartic journey ended with Bruce finally getting rid of his father’s influence and earning a second chance through an act of forgiveness. The surviving Hulk personas united and inspired Bruce to turn a new leaf, finally finding a purpose for his existence.

Related: Hulk’s New Master Makes Him A Greater Threat Than Ever Before

The follow-up Hulk, however, began by posing the question “What if Hulk exists to protect us from Banner?”, again setting the two protagonists at odds. Immortal’s metaphysical and allegorical tones were replaced by a sci-fi inspired smash fest, in which Banner’s personality has turned the Hulk’s body into a spaceship he can pilot, while the Hulk’s mind is trapped in the “engine room”, where he is forced to fight endless enemies, his rage fueling the “machine”. The change in tone, which is of course a prerogative of the new authors, was perceived as excessive by many fans. Banner’s last words in Immortal Hulk are “I feel more confident, more assured, more myself,” while in Hulk #1 he verbally assaults an imaginary Betty Ross who answers “You don’t sound like yourself.” Hulk #6 revealed the truth about this Betty, proving that Cates and Ottley aren’t just ignoring Immortal’s tone, but also some major plot points.

Brian Banner, Bruce’s father, was a major element in Immortal Hulk. He served as the main antagonist for the first half of the series before his spirit got assimilated by the Leader (Samuel Sterns). In the final issue, the Hulks forgive Sterns, which is an indirect way to forgive Brian (it is also revealed in the same issue that Sterns and the Banners are blood-related). In Hulk #6, however, the imaginary Betty is revealed as Brian Banner, who has somehow infested his son’s consciousness and proceeds to take over Hulk. Brian was supposed to be gone for good, and his return means that Bruce is still a prisoner of his past and his abusive father. This feels like a step back from Immortal Hulk’s ending and doesn’t (yet) make sense plotwise.

There is an argument that the Immortal Hulk was so unique that no writer except Al Ewing would be able to move forward with that vision, meaning that a completely different take on the Hulk was necessary. Donny Cates is known for redefining characters with new lore, and Hulk is an enjoyable comic with a unique story, but there is a disconnect between the two series. This can’t help but make readers feel that Hulk’s new era is purposefully ignoring its predecessor, regardless of the end product’s quality.

Next: The Hulk’s Best Secret Explains What Makes Him A True Hero

Senior Comics Writer @screenrant. History PhD in my spare time. You can find me on Twitter @FrancCacc