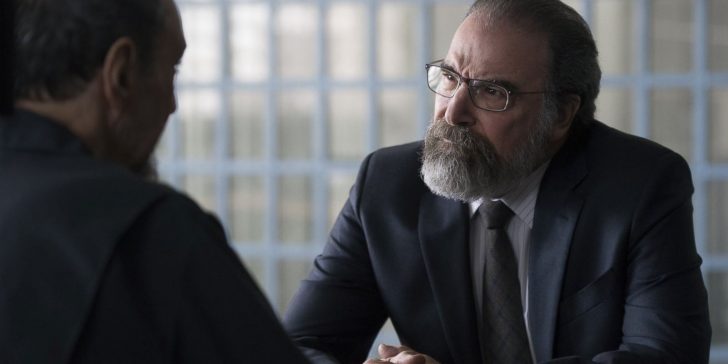 Hulu has ordered the new detective drama, Career Opportunities in Murder and Mayhem, that will star Mandy Patinkin. The actor got his start performing on Broadway, winning a Tony Award for his role in Evita, and went on to receive a Primetime Emmy for his work on the CBS serie,s Chicago Hope. Patinkin is perhaps best known for portraying Inigo Montoya in 1987’s The Princess Bride and for his role as Saul Berenson in Showtime’s Homeland.

Now, THR reports that Hulu has ordered 10 episodes of Career Opportunities in Murder In Mayhem with Patinkin starring as the lead detective. The series focuses around the “World’s Once Greatest Detective,” Rufus Cotesworth (Patinkin), and his protégée, Imogene, as they attempt to solve a murder on a wealthy ocean liner. The logline via Hulu also mentions that the show will include the difficulties that accompany solving a murder in a “post-fact world.” The show comes from Stumptown writers Mike Weiss and Heidi Cole McAdams, who will also work as co-showrunners. Aside from Patinkin starring as the lead, Violett Beane (The Flash) will portray Imogene, and the series also includes Lauren Patten (The Good Fight), Angela Zhou (Promising Young Woman), Rahul Kohli (Midnight Mass), Hugo Diego Garcia, and Pardis Saremi in its cast. The pilot was directed by Marc Webb (Crazy Ex-Girlfriend), who will also executive produce the series alongside Mark Martin (The Republic of Sarah).

Hulu seems to be doubling down on its murder mystery genre after the popularity of Only Murders in The Building. Similar to Only Murders in the Building, it’s likely that Career Opportunities in Murder and Mayhem will have a healthy amount of humor mixed in based on the title and the writing style that Weiss and McAdams are known for in Stumptown. With Patinkin at its center, the series may offer the fun escapism a murder mystery often promises, and hopefully the performances from lesser known actors such as Saremi and Garcia will make future performances ones to follow.

More: Only Murders In The Building Season 2: Everything We Know