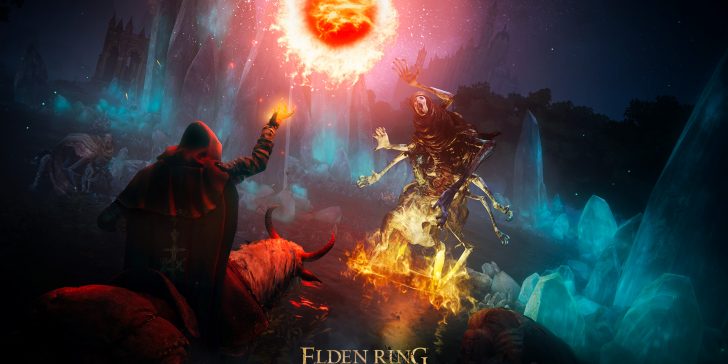 After being inspired by watching my friend and colleague Steven Strom play (and enjoy!) Elden Ring, I took a chance — I downloaded the game. This wasn’t a sure bet, as I wrote late last week, since I’m decidedly not great at Soulsborne games and really not the most patient person when it comes to games in general. I got through Bloodborne mostly by grinding a ton (and I stayed in it for the truly batshit and wonderful tone shift from one kind of horror to another). I played a large chunk of Dark Souls 3 but stopped at Yhorm the Giant because I got very depressed that Siegward wasn’t there, despite the fact that I did everything for his quest! (I was so disheartened.)

Even that wasn’t without a lot of strife: I think it took me something like 10 real-life hours to defeat the Abyss Watchers. I am not precise enough when it comes to combat in games. FromSoftware titles demand your attention and your timing to be sharp, and I’m just not that kind of player. Even in the actual real-life combat sport that I practice and compete in (submission grappling), I do much better with broad philosophies in mind — for example, I will always perform better if I think “attack the legs” vs. “make sure to place my foot here exactly, then do x” — than a reliance on crisp, distinct movements.

Really, what I’m saying here is that I’m a scrub.

But I’m enjoying Elden Ring regardless. The other day, I loaded it up, created my beloved OC, SheilaShithouse, and started on a Samurai playthrough. They looked like they had the most armor and stamina, and I knew I was going to suck going in. I know who I am.

The baby tutorial boss handed me my ass several times. Several times! I eventually figured out that all you need to do is parry and land a critical attack, and the (first?) Soldier of Godrick is basically toast. Now, I’m running around the gorgeous, depressing fields of (very early) Limgrave, gathering up berries, flowers, and mushrooms, killing skeleton guys, and dying a whole bunch. I like to think that I’m learning. Why, just today I learned that my otherwise superhuman Samurai can’t swim! I died suddenly when I was, like, two feet into the water. I fall off cliffs a lot, perhaps more than you might expect.

I’m trying to focus most on learning parry timing and attack animations, though I really only land that parry maybe half the time. Probably closer to a fourth. I doubt I will finish Elden Ring, especially since it apparently takes about 80 hours to really see the world and finish (so, I’m going to guess far more than that for my low-skill playthrough).

But it’s something of a victory to dip my toes back in after just completely noping out of Sekiro: Shadows Die Twice. I haven’t touched a Soulsborne since 2016 despite constantly watching speed runs and challenge runs, which I find fascinating because of what they show about the core design of these games themselves. These are, as merritt has discovered in her playthroughs, really well-made pieces of game design, and Elden Ring is supposed to be more accessible (the fast-travel helps a lot!) than previous titles.

We’ll see how far I get in Limgrave — maybe I’ll even get through a couple of bosses! Hell, maybe I’ll even see a decent little bit of the map (wherein Steven, at 120+ hours in, is still discovering new areas).

A girl can dream, after all. Or at least use a good tips guide.