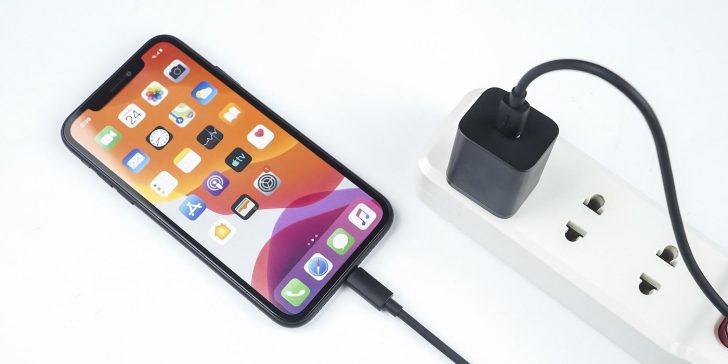 There are several reasons why an iPhone may not charge or charges slower than expected. Try these tips before taking the iPhone in for service.

As an iPhone begins to age, degrading battery life can be a common issue, but there might also be instances where the iPhone is charging slower than usual or doesn’t charge at all. If an iPhone frequently displays charging issues, it’s important to identify what’s causing the problem. In some cases, there might be a software related fix, but most often it’s a hardware problem. An iPhone charges via a Lightning connector, which is Apple’s proprietary connectivity standard that’s used both for charging and transferring data to a laptop or PC.

Starting with the iPhone 8, all iPhones support fast charging, but only up to 20W. In comparison, Android brands offer much faster charging speeds, with OnePlus expected to debut 150W fast charging on a smartphone in 2022. Apple has never shipped a fast charger in the box, barring the iPhone 11 Pro models which came with 18W chargers. All other in-box chargers have been restricted to super-slow 5W speeds. With the iPhone 12, Apple stopped including a charger in the box, requiring users to purchase one separately or use an existing charger if available.

If an iPhone appears to be charging slowly or not at all, Apple recommends first checking the charger and cable for signs of damage, such as broken wires or bent prongs. Using damaged charging accessories is a safety risk, and therefore these should be replaced immediately. The iPhone’s Lightning port should also be checked for any debris or damage. While debris can be easily removed, a damaged connector will require taking the iPhone in for service. One way to make sure no software issues are interfering with charging is to force restart an iPhone. After a force restart is performed, Apple recommends charging the iPhone for 30 minutes to check if it resumes charging normally. If none of these steps work, users will need to contact Apple Support and take their iPhone in for service.

Why An iPhone May Stop Charging At 80 Percent

In some cases, users might observe that their iPhone stops charging at 80 percent. This is due to inbuilt protections that extend the life of the battery. If an iPhone gets too hot while charging, Apple cuts off the charging at 80 percent to let it cool down, and resumes charging once the temperature drops. Users can try moving their iPhone to a cooler spot to speed up the process. Optimized Battery Charging is another software feature that restricts charging to 80 percent. The iOS feature analyzes user habits to predict if an iPhone will be plugged into a charger for an extended period, such as overnight. In this case, the iPhone charges to 80 percent, pauses the charging cycle and then resumes it closer to when the user is likely to unplug the charger. To disable Optimized Charging, users can open Settings, tap on Battery, then Battery Health and turn off the Optimized Battery Charging toggle.

Another charging issue iPhone users may face is a warning message saying the charging accessory is not supported or certified. This usually happens when using a damaged charger or an unsupported third-party accessory. While there are several third-party Lightning cables and power adapters that can be used with iPhones, Apple recommends only using those which feature the MFi (Made for iPhone) badge. Using an uncertified Lightning accessory can cause damage to the iPhone, either by way of an improperly fitting connector or by causing the iPhone to overheat. It’s always best to buy charging accessories from a reputed brand to ensure it’s safe for an iPhone.

Ketaki is a Tech Editor for Screen Rant based in Bangalore, India. She’s been writing on tech since 2009, and has worked for major print and digital media publications over the years. She loves smartphones, smart home devices and wearables, and is always up for testing the latest gadget or app. When she isn’t working, you’ll probably find her reading fantasy fiction on her Kindle.