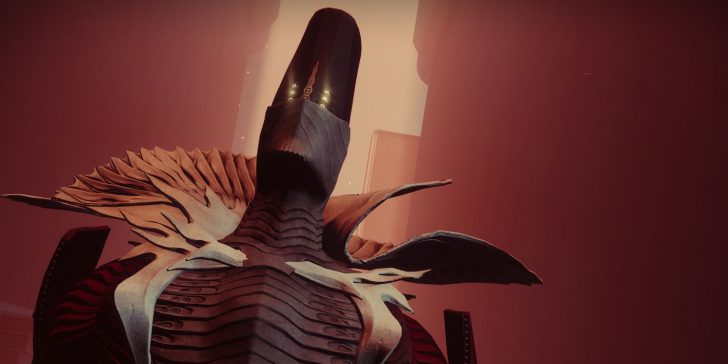 Calling all raiders, the Master version of Destiny 2’s Vow of the Disciple raid has officially been released. Upping the difficulty in every encounter, this raid is set at 1580 Light which means you will need to do some serious experience grinding if you want to complete it. However, the biggest question for serious PVE players is if this Master version of the raid is worth doing. Given that you can craft raid weapons with enhanced perks, some feared that this would ultimately invalidate the Adept variants of guns found in the Master Vow of the Disciple. So is this raid worth all your time and XP grinding?

Not really for most players.

Who Should Do the Master Vow of the Disciple?

That might sound surprising to some people, but unless you plan on going for the Vow of the Disciple seal or really want some Adept variants of the guns, there’s not a lot worth grinding for. This is because the Adept version of raid guns do not drop with enhanced perks and cannot be crafted. Meaning, that if you want to use the far superior enhanced perks on your favorite raid weapon you are stuck to the base, crafted versions. The only difference between Adept and regular weapons is every stat but Impact will get +3 when Masterworked along with the ability to use Adept mods.

For PVE players, this means you will be using Adept Big Ones for that extra damage to bosses. However, I would ultimately rather have perks like Enhanced Focused Fury and Fourth Time’s the Charm since those are far better in most endgame scenarios. If you’re looking for a PVP roll of these guns, there is some debate whether the Adept versions are superior. Yes, the Enhanced Perks are very strong in the Crucible, but so are Adept Mods which can give you a huge boost to a single stat. So if you want to use an Insidious or Submission in the Crucible, it might be worth farming a god roll Adept version specifically to use Adept mods on it.

But again, it’s not necessary for most players. You can get some really high-stat armor which is great, but you can also do this by just decrypting Umbral Engrams in the H.E.L.M. Plus what stat the armor focuses on rotates weekly, meaning there will be some weeks where there will be armor dropping with rolls that just don’t fit your build. Additionally, for whatever reason, you only get a single random Adept weapon upon completing the weekly raid challenge. Now, you can purchase any Adept weapon you’ve previously discovered at the final boss chest. The Adept weapon you get is confirmed as random, as multiple members of my fireteam got different Adept guns and no one received an Adept variant from any other encounter except the first.

So no, I do not feel that the Master Vow of the Disciple is worth doing. Unless you want an Adept variant of a gun for PVP or are going for the Vow of the Disciple raid seal, you are better off just doing the regular raid to grind out craftable versions of the guns.