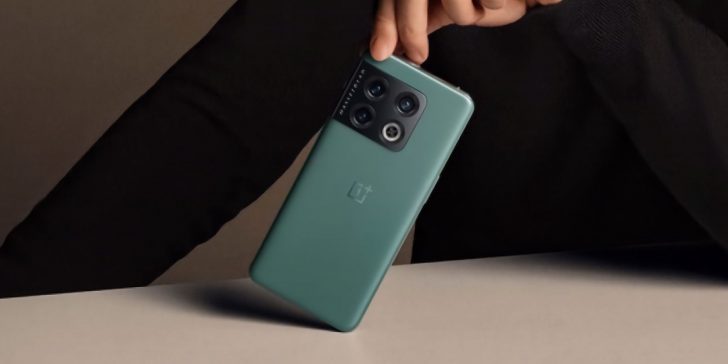 OnePlus’s big flagship for 2022 is the OnePlus 10 Pro — touting a huge display, fast processor, and more. But where is the ‘normal’ OnePlus 10?

The OnePlus 10 Pro is the latest and greatest OnePlus phone of 2022, and while it has a lot going for it, some people are wondering where the ‘normal’ OnePlus 10 is. Like other smartphone manufacturers, OnePlus has settled into an expected release pattern over the last few years. The OnePlus 7 and 7 Pro simultaneously launched in 2019, the OnePlus 8 and 8 Pro were released in 2020, and 2021 gave us the OnePlus 9 and 9 Pro. In all situations, the ‘normal’ version of the OnePlus handset delivered high-end specs at an affordable price. The Pro model increased the price while adding a bigger display, larger battery, better cameras, etc.

Considering the above information, it’s only right to assume that OnePlus would use 2022 to launch the OnePlus 10 and 10 Pro, right? As it currently stands, OnePlus has only talked about its Pro handset this year. The OnePlus 10 Pro was announced on January 4, 2022, launched in China a few days later, and is set to release in other countries (including the U.S.) on March 31. As you’d expect for a ‘Pro’ OnePlus phone, the OnePlus 10 Pro has a lot going for it. There’s a Snapdragon 8 Gen 1 chipset, 6.7-inch AMOLED display, 5000 mAh battery, and a triple-camera system on the back.

That all sounds great. But where in the world is the normal OnePlus 10? At the time of publication, the simple truth is that the OnePlus 10 doesn’t exist — at least not officially. During a media roundtable with OnePlus in February, CEO Pete Lau said that the OnePlus 10 Pro is the only OnePlus 10 model the company is focusing on right now. This is further reinforced by OnePlus not releasing, announcing, or even acknowledging the existence of a standard OnePlus 10.

However, that’s not to say there will never be a OnePlus 10. Earlier this month, a leak on the Chinese social network Weibo revealed hands-on images of an unannounced OnePlus phone. It showed two versions of the device (including white and black colors) with a camera design not yet seen on a OnePlus handset. The phone above may actually be the OnePlus Nord 3 OnePlus is also rumored to be working on, but there’s just as much of a chance that it’s the OnePlus 10.

And that’s not even the most revealing leak. On April 21, Dgit India and @OnLeaks published a series of expected specifications of the normal OnePlus 10. Some of the highlights include a 6.7-inch OLED display with a 120Hz refresh rate, up to 12GB of RAM, a 4800 mAh battery, and 150W wired charging (even faster than the 65W charging on the OnePlus 10 Pro). Specifications like that don’t just leak for a phone that doesn’t exist, and given @OnLeaks’ reputation, it’s safe to say that OnePlus is actually working on a OnePlus 10 — despite what it’s saying right now.

Will It Actually Be Called The OnePlus 10?

Where things get interesting is with the OnePlus 10’s name. In late February, leaker Yogesh Brar said that a OnePlus phone codenamed ‘Oscar’ is the normal OnePlus 10 we’ve been waiting for and claimed that it should launch between April and June of this year. Brar then expanded on that rumor in March, saying OnePlus will instead launch the OnePlus 10R in May and a OnePlus 10 Ultra in ‘late Q3.’

Next: Future OnePlus Phones Will Charge Crazy Fast — Here’s Why