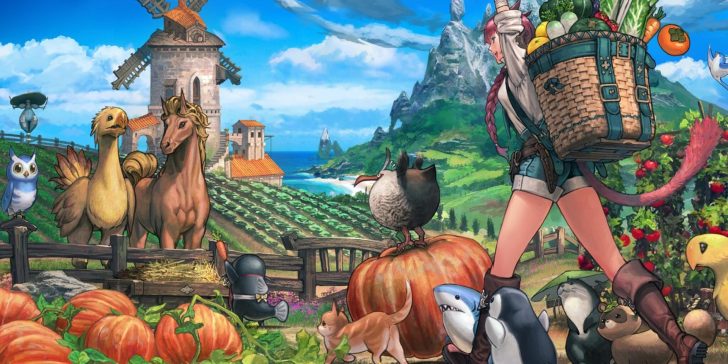 The latest Final Fantasy XIV Live Letter laid out a ton of details about the game’s future. This included information on features we can expect throughout the post-Endwalker 6.x patch cycle. We already covered everything we know about FFXIV Patch 6.1, which we’re expecting to launch in April. But here, we’ll lay out what we know about Patch 6.2.

First off, the much-anticipated Island Sanctuary will debut with the 6.2 update. Although director and producer Naoki Yoshida didn’t get into the specifics of what it’ll contain, he did say that it is “large-scale” content separate from other parts of the game. It was first revealed at FanFest last year when Endwalker was revealed in full. And in an interview last year, Yoshida-san told us, “There are fans of Harvest Moon on the Final Fantasy XIV team as well, so everyone seems to be having fun.” This should give you an idea of the kind of vibe Island Sanctuary is going for.

We will continue to see the expansion of the Trust system, letting you take AI-controlled party members into the main story dungeons from older content. Picking up where 6.1 leaves off, Patch 6.2 will extend Trusts to MSQ dungeons throughout A Realm Reborn‘s 2.x patch quests and the first half-or-so dungeons of Heavensward‘s MSQ. (Check out our full story on how the Patch 6.x series is revamping old content.)

A brand-new type of content was revealed during the Live Letter as well: Criterion Dungeons. These are said to be new dungeons featuring varying difficulty levels for one (1) to four (4) players — difficulty will scale for party size. Patch 6.2 brings on the first Criterion Dungeon and more will be added in subsequent patches. More information on what exactly these dungeons are will be detailed in later Live Letters.

As expected, the next four instances in the eight-player Pandaemonium raid series will be included in Patch 6.2. Based on the raid’s story so far, we’d guess that it’ll be called Pandaemonium Abyssos. (If you haven’t cleared the first leg of the raid series, be sure to check out our Pandaemonium Asphodelos raid guides.)

Of course, Patch 6.2 will continue the main story of this new era of FFXIV, in addition to new trials and extra content in Faux Hollows. There was also a bullet point about new weapon enhancements, but it was not discussed. Below, you can check out the slide detailing Patch 6.2 from the Live Letter. In case you missed anything from the packed Live Letter, catch up with our stories on how the Trust system and Duty reworks will change previous content, and check out the previews of FFXIV 7.0 graphical overhaul. Yoshida-san also explained the move to a slightly longer development cycle for FFXIV, and that major patches will release at four-month intervals — based on this, we can speculate that Patch 6.2 will launch sometime in August this year.