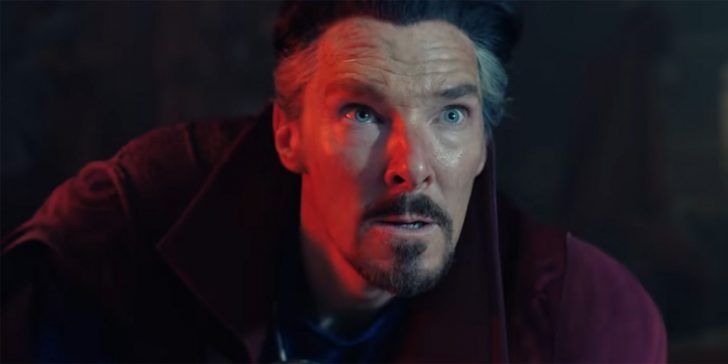 Guardians of the Galaxy mastermind James Gunn hilariously reacts to the last-minute Doctor Strange in the Multiverse of Madness leak.

Writer/director James Gunn reacts to leaked footage from Doctor Strange in the Multiverse of Madness. Throughout its Phase 4, the Marvel Cinematic Universe has gradually developed the idea of its multiverse with projects like WandaVision, Loki, What If…?, and Spider-Man: No Way Home. With a script by Loki writer Michael Waldron, director Sam Raimi’s upcoming Multiverse of Madness will delve deeper into the live-action multiverse than ever before. This is through an unpredictable variety of cameos facilitated by Disney and Marvel Studios’ newly acquired characters from Fox.

Multiverse of Madness’ cast is already confirmed to include Benedict Cumberbatch, Elizabeth Olsen, Rachel McAdams, Benedict Wong, Chiwetel Ejiofor, and Xochitl Gomez making her MCU debut as the universe-hopping America Chavez. When the first official trailer was released earlier this year, it revealed multiple variants, including Patrick Stewart as a version of Professor Charles Xavier—who is presumably a member of the Illuminati. More recently, Marvel Studios confirmed appearances by Captain Carter (Hayley Atwell) and Maria Rambeau (Lashana Lynch) in a 15-second TV spot. If that wasn’t enough, a new spoiler-heavy leak has seemingly revealed even more about the film, and Gunn is here to condemn it.

Related: Why Scarlet Witch Is So Different In Doctor Strange 2 From WandaVision

Gunn recently took to Twitter to react to the Multiverse of Madness leak, which is making the rounds online. Though he adopts an admonishing tone, Gunn actually finds a way to joke about it by sharing fake footage. His post includes a clip from one of the Church of the Rock’s pop-culture-inspired plays in Winnipeg, Canada, which sees Loki poised to crucify Iron Man set to R.E.M’s “It’s The End of the World” and “Tubthumping” by Chumbawamba. Check it out below:

Of course, this is not the leaked footage from Multiverse of Madness but rather a reminder that sometimes all one can do is laugh. Despite the secrecy surrounding films like No Way Home and Multiverse of Madness being at an all-time high, plus Marvel’s best efforts, leaks concerning major cameos have become a recurring problem. Perhaps this inevitability is why the powers that be decided to tease characters in trailers and TV spots rather than keep them completely under wraps. Regardless, this latest leak—which will not be detailed here—certainly takes away from a surprising movie-going experience just days before Multiverse of Madness releases in theaters.

As evident by Gunn’s post, Marvel Studios, its creatives, and likely too many fans are aware of the recent leak. Hopefully, those who have avoided it will be able to stay in the dark until Doctor Strange in the Multiverse of Madness arrives in theaters on May 6th. It remains to be seen if anything can be done to prevent future leaks, especially concerning projects like Gunn’s upcoming Guardians of the Galaxy Holiday Special and Guardians of the Galaxy Vol. 3.