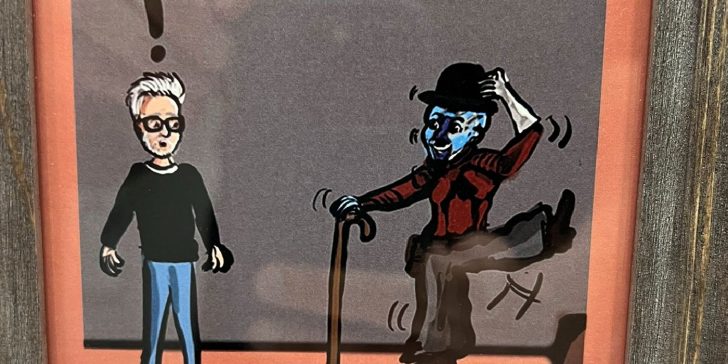 James Gunn reveals his unique phobia and the funny way Nebula actor Karen Gillan poked fun at him for it with a Guardians of the Galaxy 3 wrap gift.

James Gunn shares the funny Guardians of the Galaxy Vol. 3 wrap gift he got from Nebula actor Karen Gillan. With the last standalone Guardians of the Galaxy film having been released in May of 2017, it’s now been almost exactly five years since Gunn has released a movie in the franchise. After introducing Star-Lord (Chris Pratt), Gamora (Zoe Saldaña), Drax (Dave Bautista), Rocket Raccoon (Bradley Cooper), Groot (Vin Diesel), and Nebula in the 2014 hit Guardians of the Galaxy, the sequel saw the characters take on their biggest threat yet in the form of Kurt Russell’s Ego.

Although fans have yet to get an official look at the upcoming Guardians of the Galaxy 3, Gunn, the film’s writer and director, has been very vocal on Twitter about the process of planning and filming the movie. In addition to keeping fans updated regarding the ongoing Rick and Morty prank that an unknown member of the cast or crew is playing on him, the director also recently defended Pratt amidst fan calls for him to be recast. Gunn has also been discussing the Guardians of the Galaxy Holiday Special, recently revealing that it will take place between Thor: Love and Thunder, of which the Guardians are also a part, and Guardians of the Galaxy Vol. 3.

Related: Guardians Of The Galaxy 3’s Best Surprise Cameos Were Set Up In Vol. 1

In a recent tweet, Gunn reveals the unique phobia he has and the funny way Gillan poked fun at him for it with the wrap present she gave him for Guardians of the Galaxy Vol. 3. Gunn explains that he has an odd phobia involving “people walking like Charlie Chaplin,” with the gift being a piece of artwork showing Nebula with a hat and cane dancing like Chaplin. Check out the wrap gift and Gunn’s Tweet below:

I have a weird phobia of people walking like Charlie Chaplin (or acting like Groucho). It doesn’t bother me when Chaplin (or Groucho) does it, just when people imitate them. So @karengillan gave me this as a wrap gift. #GotGVol3 pic.twitter.com/w4LfyHKfr8

Gunn later clarifies in a reply to his own tweet that it doesn’t bother him when people imitate Chaplin or Groucho just to irritate him, and only when they’re doing it sincerely does he not like it. While Gunn could be joking about the phobia and Gillan’s wrap gift could be some sort of inside joke, the writer/ director does seem to be genuine regarding his oddly specific phobia. Additionally, Gillan’s present would suggest that filming for Guardians of the Galaxy Vol. 3 is nearly over. This would fall in line with some of Gunn’s recent updates.

Although wrap parties (and presents) typically come towards the end of filming, it’s not unusual for productions to still have more filming to do afterward. Gunn doesn’t clarify whether Guardians of the Galaxy Vol. 3 is done filming or not, but did say in a recent tweet that they’ve been shooting now for over 100 days, meaning the end must certainly be near. With Gunn previously confirming that Guardians of the Galaxy Vol. 3 will be the last in his Marvel series, the final days of filming are likely an emotional experience for both cast and crew. Luckily, though, it seems like Gillan, at least, is keeping things playful.

More: Who Guardians Of The Galaxy Vol 3’s Huge Secret Character Could Be