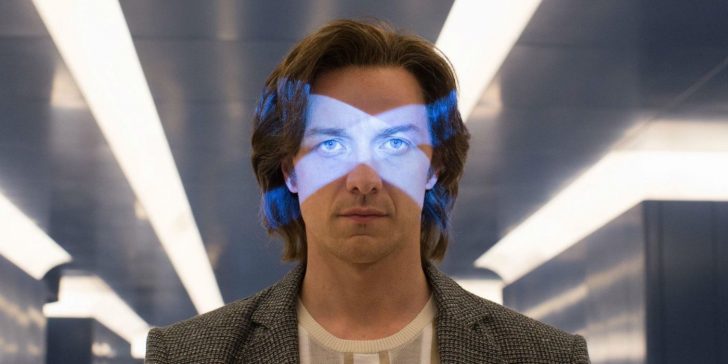 James McAvoy says that his Professor Charles Xavier will not be returning in the highly anticipated Doctor Strange in the Multiverse of Madness.

James McAvoy says he will not be returning as Professor Charles Xavier in Doctor Strange in the Multiverse of Madness. The 42-year-old has portrayed the younger iteration of Professor X across a number of X-Men films, most recently appearing in 2019’s X-Men’s Dark Phoenix. Having taken over from Patrick Stewart, who originated the role back in 2000 with the release of X-Men, fans have often praised McAvoy for his portrayal of the beloved character. Following Disney’s acquisition of 20th Century Fox, the fate of the X-Men’s cinematic presence has remained shrouded in mystery, with rumors constantly circulating that the mutants will eventually transfer over into MCU.

Audiences were therefore delighted when the recent trailer for Doctor Strange in the Multiverse of Madness featured a surprise cameo from McAvoy’s Professor X predecessor, Stewart, teasing his involvement within the film in a currently unknown capacity. The long awaited Doctor Strange sequel is set to explore the concept of the multiverse which, as audiences saw with the recent release of Spider-Man: No Way Home, enables almost anyone or anything to cross over into the MCU’s Sacred Timeline. This exciting appearance from Stewart within Doctor Strange 2’s trailer spawned an immediate social media storm, with many speculating just who else could appear within the films rumored 148-minute runtime. Now, McAvoy has denied that his Professor X has any involvement with the film.

On a recent Instagram live (shared to Twitter by @CultureCrave) McAvoy answered a number of fan questions regarding a variety of both current and past projects. Naturally, it wasn’t long before questions about Doctor Strange in the Multiverse of Madness began to flood in, to which McAvoy offered a short and to-the-point response. When asked if he would be reprising his role as Professor X in the upcoming release, the star simply answered “No,” before moving on to the next question. Check out the clip below.

Later on during the live stream, McAvoy was asked whether he misses playing Charles Xavier, to which he gave another short response, revealing “No, I don’t think so.” It’s certainly no secret that Marvel prefer to keep the details of their films tightly under wraps, and suspicions around actors’ responses to potential MCU returns has only grown since Spider-Man: No Way Home star Andrew Garfield vehemently denied any involvement with the Spidey sequel, right up until its theatrical release. Stewart himself initially attempted to deflect any questions regarding his involvement with Doctor Strange 2, even after the trailer’s release, before later revealing that the shadowed side profile and instantly recognisable voice was in fact him.

While McAvoy’s answer is certainly convincing, it’s fair to say that many will likely remain sceptical until the credits roll on Doctor Strange 2. Given some of the ground rules that Marvel has laid for how the multiverse works, it’s certainly not out of the realm of possibility for the two generations of Professor X to cross paths at some stage. However, McAvoy’s follow-up comment that he doesn’t necessarily miss playing Charles Xavier could suggest that perhaps the star is happy with how things concluded for his character, and doesn’t feel the need to revisit him. As for now, all will be revealed when Doctor Strange in the Multiverse of Madness hits theatres on May 6.

90 Day Fiancé: Mike Reveals What He Took Back From Ximena After Breakup