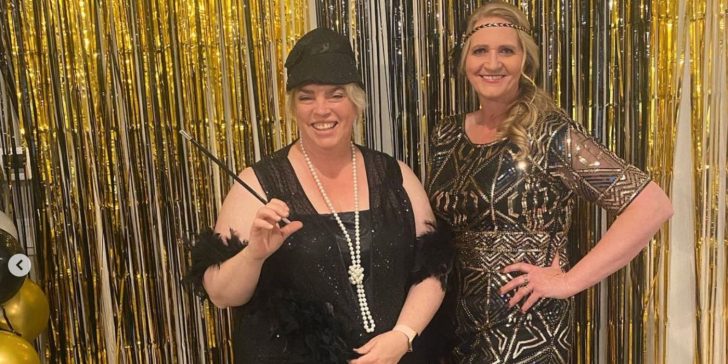 Sister Wives fans know that Kody Brown’s wives know how to throw a party, especially after Janelle Brown was seen at Christine Brown’s 50th birthday extravaganza. The two Sister Wives have always been close and have often leaned on one another for support. Even though Christine has left the family, their children are half-siblings, and it doesn’t look like either mother is giving up their friendship.

There is no doubt that both Christine and Janelle have helped one another out when it came to dealing with familial challenges. Both the TLC stars have been active on one another’s social media accounts and seem to have a genuine friendship. Janelle and Christine had trouble connecting at the beginning of their relationship, with Kody’s second wife admitting during the Tell-All that she actually hated Christine at one point. Thankfully, misconceptions about each other have been put behind them, and they are now fond of each other. Kody’s two wives have formed quite a bond over the years, with Sister Wives fans loving the fact that they’ve stayed close even after Christine’s exit.

Related: Sister Wives: All The Reasons Why Christine’s An Amazing Mom

Nothing speaks volumes about a friendship more than sending out a guest list for a major birthday bash. Janelle surprised fans with an Instagram post that showed her thoroughly enjoying herself at Christine’s 50th birthday celebration. The mother of six got into the spirit of the flapper theme by wearing a beaded black fringe dress with a cute headpiece to match. Janelle shared that she and her daughter Savanah had been invited to the soiree, saying the murder mystery night was “so much fun!”

While Sister Wives fans were not privy to the entire guest list, it was nice to see Janelle in attendance. Christine’s daughters, Mykelti, Ysabel, Gwen, and Truley, were also pictured. Ysabel shared a touching message to her mother on her own Instagram, which moved fans. Kody and Christine’s daughter shared that she was truly “grateful” to have her mother in her life and wished her nothing but the best for the future. There were no photos of Meri, Robyn, or Kody, who presumably did not get an invitation.

Christine has been living her best life since she left Kody and the rest of her Sister Wives behind in Arizona. The proud mom happily showed off her slimmer figure in the birthday photos and was caught with a large smile on her face. It was comforting for viewers to learn that no matter what drama is going on within the polygamous family, Christine and Janelle have worked at maintaining their friendship.

Next: Sister Wives: Why Meri Is Causing Unneeded Drama At Her B&B