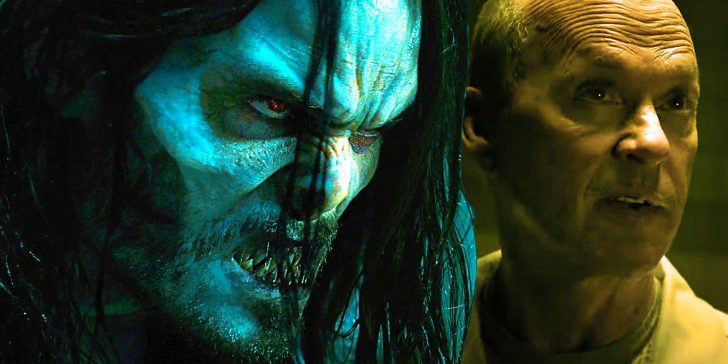 In a new featurette for Morbius, star Jared Leto teases that the multiverse is now open and that it creates more opportunity for villain crossovers.

In a new Morbius video, star Jared Leto teases future crossovers with other Marvel villains. Leto stars as the titular character in Morbius, a gifted doctor with a unique blood disease who ends up becoming a pseudo vampire after a failed experiment to find a cure, which gives him superhuman powers and a taste for human blood. This is the first live-action appearance of the character, who was originally conceived as a Spider-Man villain, before becoming an anti-hero in his own comics.

Morbius was originally slated to open as far back as July 2020, but is now slated for April 1, 2022, having recently been pushed back to allow Spider-Man: No Way Home to finish out its successful theatrical run. The film co-stars Adria Arjona, Jared Harris, Matt Smith and Tyrese Gibson with a tease of Michael Keaton, who previously played Adrian Toomes/Vulture in Spider-Man: Homecoming. Morbius is directed by Daniel Espinosa, who previously directed Safe House with Ryan Reynolds and Denzel Washington

In a new featurette from Sony Pictures, Leto teases what’s in store for Morbius, especially now that Spider-Man: No Way Home has opened the door to the multiverse. “In the film version of Morbius, he’s part of a much larger universe,” says Leto in the promo, continuing, “The Multiverse has officially opened, and there’s all kinds of opportunities for villains to meet up.” With Keaton appearing in the film, presumably as Toomes, the connection between Morbius and the Sony Spider-Verse and the MCU is likely to be addressed in the film, which will no doubt continue to weave that interconnected web. Check out the video below for more:

Spider-Man: No Way Home is the catalyst that opened up the possibilities for Morbius to be a part of a bigger universe, and Sony is already preparing to expand it. Kraven The Hunter, another Spider-Man villain, is getting his own solo feature, which stars Aaron Taylor-Johnson in the lead, while a third Venom film is all but guaranteed after the massive success of Venom: Let There Be Carnage. In addition to the live-action films, Sony is also continuing their animated franchise, with Spider-Man: Across The Spider-Verse, a sequel to Into The Spider-Verse, releasing later this year (with a second part to release in 2023).

While it’s unclear how interconnected Sony and Marvel Studios will be in these endeavors, both studios have thus far worked in conjunction without issue, bridging the two worlds without getting too confusing. That said, it does appear that Sony is looking to clearly establish their own workable Marvel universe that can also play in the MCU sandbox (and vice versa), which the multiverse makes possible. Morbius will still need to be a hit if there’s to be any Marvel villain crossovers in the future, however, or else the character may well stay in the shadows of this growing Spider-Verse.