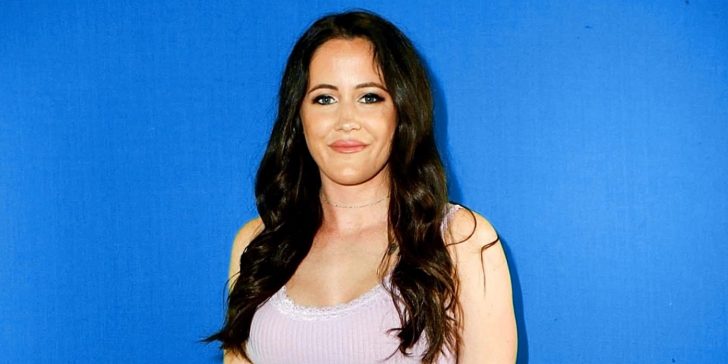 Jenelle Evans reveals to her followers that she will be undergoing tests to determine if she has ALS. This comes after months of health problems.

Jenelle Evans, who starred on MTV’s Teen Mom 2, has revealed to her TikTok followers that she will be undergoing tests for ALS. Viewers were first introduced to then 17-year-old Jenelle in 2010; Jenelle’s 16 & Pregnant episode followed the North Carolinian as she gave birth to Jace Evans, now 12, before signing over parental rights to her mother Barbara. Before being fired from the Teen Mom universe in 2019, Jenelle was shown attempting to get custody of her oldest child back—she also shares 7-year old Kaiser with Nathan Griffith and 5-year-old Ensley with her husband David—while avoiding multiple legal charges.

Since being let go by MTV, Jenelle has arguably found the most success on TikTok. With over 2 million followers, Jenelle’s online content generally consists of TikTok dance challenges and responding to users’ questions; her children are frequently featured, along with occasional appearances by David. As one of the most transparent stars to appear on Teen Mom 2, Jenelle first began sharing her medical struggles last year. On December 6, Jenelle told her TikTok followers that she had a cyst on her spinal cord that was growing, with doctors saying that there was nothing they could do until she reportedly became paralyzed. A few weeks later, Jenelle revealed that she was diagnosed with tumors in her spine and neck, tagging the conditions Syringomyelia and Hemangioma.

In a TikTok posted on February 20, Jenelle gave fans another health update after one user asked how she is feeling. “So I got a second opinion from a different neurologist and she’s going to be checking me for ALS,” the 30-year-old reveals in the minute-long clip. “We’re going to be redoing my bloodwork, we’re redoing my nerve study so I have to get another nerve study done,” Jenelle continues. Admitting that the long testing process is taking a mental and emotional toll, Jenelle insinuates that she is handling things mainly on her own, saying, “I’ve been crying like every single night by myself.” The former reality star explains that she has “a hard time breathing and catching [her] breath,” despite not being sick; she also tells viewers that her hands constantly shake and she has lost the ability to grip objects with her left thumb.

While Jenelle has a history of complaining of persistent symptoms dating back to her days on MTV, this is the first time that she has brought up ALS. Short for amyotrophic lateral sclerosis; it’s also referred to as Lou Gehrig’s disease after the famous baseball player who died of the then-relatively unknown condition in 1941. ALS causes loss of motor neurons and muscle control; first symptoms may include muscle twitches, shrinking muscle mass, numbness, or problems speaking and swallowing. Reaffirming cysts located in her neck, spine, and head, Jenelle comments that she has also been referred to a lung doctor on top of testing for ALS, saying, “Since I have cysts popping up everywhere my doctor wants to check my lungs to see if there are cysts there too.” Several TikTok users left comments full of advice for Jenelle; one person suggested that her symptoms may be due to increased electronic use — such as improperly holding a cell phone or video game controller — while others threw out illnesses with similar symptoms such as Lyme.

Despite going through rigorous medical tests, Jenelle has been under scrutiny by fans who believe that she may be lying or exaggerating her claims. Several TikTok videos in between discussing her medical journey include the star partaking in Mukbangs — eating online while interacting with viewers — completing various dance challenges, and twerking at a gas station. While Jenelle is a polarizing figure for viewers of Teen Mom 2 and its sister shows, many still wish her well and hope the mother of three finds the answers she’s looking for.

Next: Teen Mom 2: Jenelle Under Fire For Potentially Lying About Health Issues

Sister Wives: Signs That Meri Actually Is Over Kody Brown

Michelle Konopka Alonzo is a writer with a BA in English Language and Literature from the University of Central Florida. When she’s not rewatching past seasons of Big Brother and Real Housewives, she’s scouring the news for the latest drama. In her spare time, she likes reading, yoga, listening to music, and rollerblading.