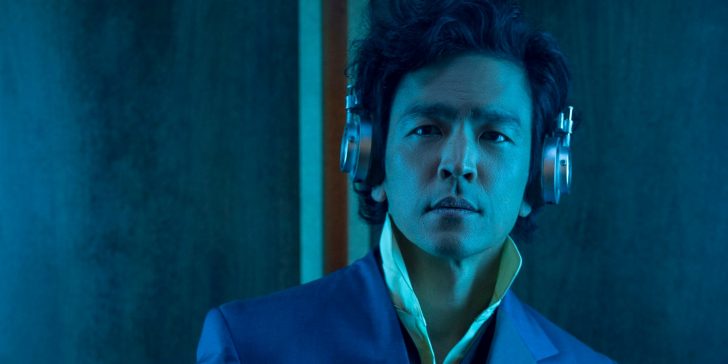 Actor John Cho addresses the cancellation of his show Cowboy Bepop, Netflix’s live-action adaptation of the acclaimed Japanese anime of the same name.

Actor John Cho addresses the cancellation of his show Cowboy Bepop. Audiences might know the American actor best from his role as Hikaru Sulu in the Star Trek reboot franchise, as well as Harold from Harold & Kumar. Beyond these iconic roles, however, the actor’s career has made a significant impact on the issue of Asian-American representation in popular films. Cho has starred in many critically acclaimed films centering around Asian-American characters, and with his 2018 film Searching, Cho notably became the first Asian American actor in history to play the main role in a mainstream Hollywood thriller film.

Audiences last saw Cho in Netflix’s Cowboy Bebop live-action adaptation, where he starred as Spike Spiegel. The show was envisioned as a long-running series for the streaming service, as Cowboy Bebop season 2 scripts were written and Cho talked about the new directions he wanted to explore. Unfortunately, it wasn’t meant to be, as Netflix cancelled Cowboy Bebop shortly after it premiered late last year. Now, Cho offers his thoughts on that development.

In an interview with The Hollywood Reporter, Cho addressed for the first time the cancellation of Cowboy Bebop. The fact that Netflix canceled the show less than three weeks after its release rendered the cancellation especially disappointing to the defensively loyal fans of the show. Cho reflects on the significant impact the show had on his life and expresses sympathy for those hurt by Netflix’s decision below:

It was just a huge event in my life and it was suddenly over. It was very shocking and I was bummed. But I was very warmed by the response. I wish I could have contacted everybody and gotten hugs. You can’t do that now, but … I don’t know what this is. I’m mystified a little bit about how you can connect with people that you don’t know doing your work, but I won’t question it. I will value it and treasure it. I’m just really deeply appreciative that anyone would care. It’s stunning to me.

While some adaptations of animated classics prove successful, Cowboy Bepop’s lukewarm ratings/reception and subsequent cancellation indicate the show lacked the caliber some achieve. However, the outpouring of emotion from fans upon the announcement of the show’s ending suggests that the show maintained more significance to spectators than the official critical responses suggested. As of January 2022, a Cowboy Bebop season 2 petition had nearly 100,000 signatures, indicating there was interest in seeing the show continue. Cho’s fond recollection of the symbolically monumental nature of his experience on the show, as well as his empathetic response to fans’ disappointment, shows a healthily nuanced perspective on the cancellation.

Furthermore, the variance of topics Cho discusses in his interview speaks to the vitality of his career despite this bump in the road– in particular, the upcoming publication of his culturally relevant book Troublemaker, which serves to contextualize for today’s youth the riots of 1992 and their significance in relation to politics/tensions today, greatly puts into perspective the relatively inconsequential ramifications of Cowboy Bebop’s short-lived existence. Ultimately, Cho clearly remains a relevant voice in the entertainment industry and the wider artistic culture beyond it. As for Cowboy Bebop’s legacy, both the brief 2021 show and the brilliant original Japanese show, remain available on Netflix for spectators still looking to scratch that unique, space western, neo-noir science fiction itch.

Raised By Wolves: How Powerful Is Grandmother, Who Created Her And Why?