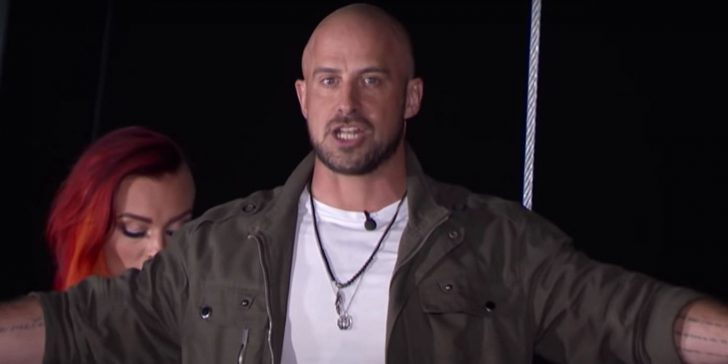 AGT: Extreme contestant Jonathan Goodwin was injured while rehearsing a stunt in October. Six months later, he gave an update on his condition.

America’s Got Talent: Extreme’s Jonathan Goodwin has been paralyzed as a result of a stunt gone wrong. The stunt occurred in rehearsals for the American’s Got Talent spin-off. AGT: Extreme premiered on Monday, February 21st on NBC, following a series of production delays and changes.

Jonathan had previously appeared on season 15 of America’s Got Talent. He was in rehearsal for his second AGT appearance on October 21, 2021, when news broke that things had gone wrong. At the time, it was reported that the 41-year-old had been practicing a stunt that saw him hanging upside down in a straitjacket. He intended to get out of the straitjacket as two cars swung beside him. However, the timing was off, and the cars collided instead. The collision caused an explosion, and the AGT alum was caught in the middle. Jonathan’s injury shut down AGT:E production in October. Six months later, fans were updated on his health following the major scare.

Jonathan’s fiancée, actress Amanda Abbington, gave an update on his condition while guesting on Out To Lunch With Jay Rayner. In the episode, which was posted on Monday, May 2, the Sherlock star revealed that her partner is now paralyzed from the waist down. “He’s in a wheelchair,” she explained, adding, “Unless there’s a kind of stem cell surgery or that thing that Elon Musk is designing with the little chip, he’ll be like that forever.” Jonathan also updated fans about his condition in an Instagram post on May 3, a day after his fiancée’s podcast appearance. While posing in a wheelchair with his dog, the stuntman reflected on the last six months. “6 months ago I went to rehearse something and left this little hairy monkey waiting patiently for me…” he wrote about the Nicki Bella and Simon Cowell-judged series. Amid finally being reunited with his dog, he finished the caption by writing, “A lot has changed in the last 6 months, but love is constant and I’m very very loved. Looking forward to my next chapters and being a roll model.”

While Jonathan is doing better now, Amanda recounted just how terrifying the ordeal was. She recalled, “he fell 30 feet and lost a kidney, broke both shoulder blades, shattered both legs, third-degree burns, broke his spine and severed his spinal cord and nearly died…and then on the operating table, he nearly died again.” Despite all the hardships, the Safe actress gushed over her “liquid sunshine” fiancé’s positivity and strength. “He’s so positive and upbeat and so strong like his courage and his strength is something that I just aspire to be like.”

As he recovers, Amanda did not reveal whether or not he intends to return to his former career. As he embraces his new status as a “roll model,” Jonathan is not alone. AGT: Extreme contestant Aaron Wheelz, who has spina bifida, performs stunts while using his wheelchair. Viewers have found Wheelz’s positive attitude, and refusal to give up, very inspiring. He ultimately ended the season as the runner-up.

Next: America’s Got Talent Season 17 Premiere Date And Judges Announced

America’s Got Talent: Extreme season 1 is available to stream on Peacock.

Source: Out To Lunch With Jay Rayner, Jonathan Goodwin/Instagram