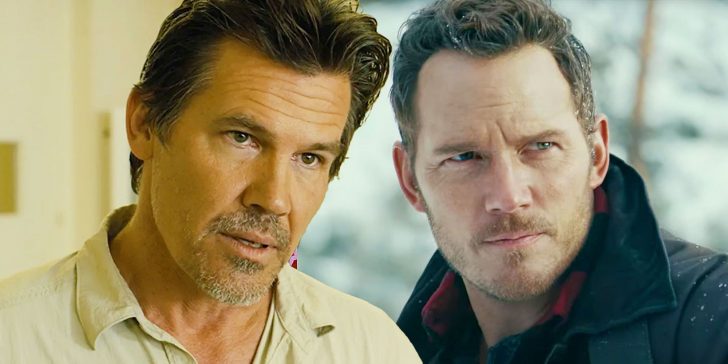 Josh Brolin says he doesn’t regret turning down the role of Owen Grady in Jurassic World, saying that Chris Pratt was the right guy for it.

Josh Brolin says that he doesn’t regret turning down the Jurassic World: Dominion role of Owen Grady. Brolin is the star of such hits has No Country For Old Men, Inherent Vice, American Gangster, as well as playing Thanos in the MCU and Cable in Deadpool 2. The actor also appeared in director Denis Villeneuve’s Sicario, as well as Gurney Halleck in Dune, a role which he’ll reprise in Dune: Part 2.

Between 2013 and 2015, Brolin was taking on a number of notable roles that were putting him at the top of Hollywood’s roster, including films like Men In Black III, Oldboy, and Sin City: A Dame To Kill For, but another star was also on the rise at that time as well: Chris Pratt. Pratt had changed his image from goofy funnyman in Parks and Recreation to goofy action hero with Guardians of the Galaxy Vol. 1, which led to his casting of Owen Grady in Jurassic World. However, Pratt wasn’t always the first choice for the role, as Brolin was originally approached for the part.

In a new interview with the Happy Sad Confused podcast, Brolin reveals that he doesn’t have any regrets not taking the role. Ultimately, he couldn’t picture himself as Grady. The actor goes on to say that he’s “very, very happy” about opting out of the role, as he feels that Pratt was “the right guy” for it. Read his full comment:

“And Jurassic World, with all respect to Steven [Spielberg], I could not picture me doing it. I could not picture me being that guy. And I’m very, very happy, based on my decision, of what Chris [Pratt] does with it because I think Chris is the right guy. When I saw Chris in Guardians of the Galaxy, cause I knew him a little bit before that, and I was just like, ‘What??’ I mean, we all were. I even said it to him, kind of embarrassingly, when I saw him at a party once, and I was like, ‘Dude, what the f*ck?’ Cause I get really excited about other people doing well, it doesn’t just have to be me. I think I knew from a big picture standpoint that somebody else would do a much better job than me.”

Brolin passing on the Jurassic World role may have helped Pratt’s action hero status grow significantly, as it certainly didn’t end with the first Guardians and Jurassic World films. He has since returned to the role of Owen Grady twice, starring in Jurassic World: Fallen Kingdom and this summer’s trilogy finale, Jurassic World: Dominion. The actor has also gone on to play Star-Lord for two more Guardians of the Galaxy sequels, as well as in both Avengers: Infinity War and Avengers: Endgame, which he also co-starred in with Brolin in his MCU villain role.

Brolin would’ve definitely brought more of a serious tone to Owen Grady, and it’s hard to imagine the actor in the part at this point. Pratt’s charm and comedy chops make him more than a one-dimensional hero. Brolin, on the other hand, likely would’ve given the franchise a bit more intensity given his more stern presence. While it’s interesting to imagine Brolin facing dinos alongside Bryce Dallas Howard’s Claire Dearing, Pratt’s casting was clearly the right call for all involved. Pratt will have at least one more opportunity to share his version when Jurassic World: Dominion opens on June 10th, 2022.

Next: Jurassic World Dominion: Why Chris Pratt Rides A Horse, Not A Dinosaur