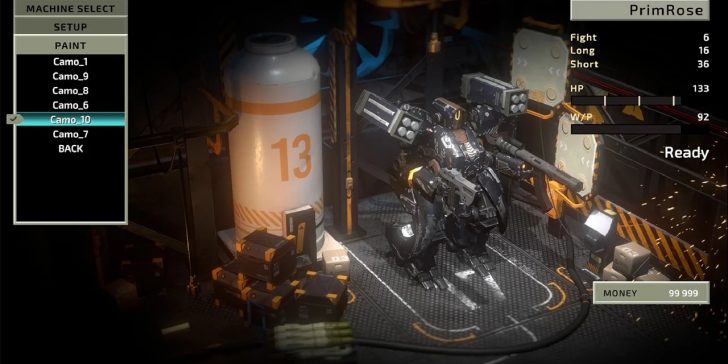 Many moons ago, the company behind Final Fantasy XIV once produced a truckload of extremely interesting, very different games. Brave Fencer Musashi. Einhander. Vagrant Story. Parasite Eve. The mad lads couldn’t be stopped. Juggernaut JRPGs like Final Fantasy were always the publisher’s bread and butter, but there was actually quite a spread of distinct, often experimental titles in tow. One such franchise just got a surprise remake announced at the latest Nintendo Direct: Front Mission, a series of turn-based tactics games revolving around mechs called Wanzers.

Front Mission in its original form, to put it bluntly, rules. Missions play out like you would expect from any tactics game — it’s a formula that hasn’t changed that much in the last 30 years. Only in Front Mission, your Wanzers (i.e. walking tanks) are highly customizable — with individual body parts to swap, upgrade, defend, as each component takes damage and can be destroyed mid-mission. Pilots have their own personalities you can support or rail against by turning them into melee brawlers or fast-moving snipers. More traditional RPG elements also begin to factor in as the series progresses.

Yet the tone is an equally important draw. Front Mission takes place in a near-future world. The United States and Canada more-or-less annex South America to form a capitalist “super-nation” to compete with Asia, Russia, and other new government unions. The games focus less on end-of-the-world type conspiracies, alien invasions, and evil gods — y’know, the centerpieces of most JRPGs. Instead, Front Mission focuses on international incidents and economic concerns, usually from the perspective of foot soldiers with no real say in the matter.

This lends a grounded feel to the world that is itself very surreal when placed against the backdrop of mechs and ridiculous technology. The closest comparisons might be 0080: War in the Pocket or the “Strangereal” universe of Ace Combat. The problems — resource wars, inequality, land disputes — are familiar even if their causes are not. Front Mission hit uncomfortably close to home enough that publisher Square Enix began changing in-game names that reflected the real world. The “United States of the New Continent,” for instance, was adjusted to the “Unified Continental States” for North America in later localizations.

Despite this, there hasn’t been a “proper” Front Mission game released outside of Japan since Front Mission 4 in 2004. Over 17 years ago. On the PlayStation 2.

Since then, there have been several turn-based follow-ups — they just never made it across the ocean. Instead, we got a couple of ill-advised spinoffs, only one of which even used the Front Mission name. More like an Armored Core knockoff than Front Mission, Front Mission Evolved dumped the turn-based tactics in favor of mediocre action.  This was a time when major publishers as a whole — including those in Japan — started growing more risk-averse as AAA games became more expensive to make in the HD era. This usually meant scrabbling to copy fads like cover-based shooters. Several of these were very good. But for every Binary Domain or Vanquish, we got a MindJack or The 3rd Birthday.

This trend culminated for Front Mission in Left Alive, the 2019 third-person stealth spinoff where you largely fight mechs but rarely pilot them. The game notably featured a bit of art from Metal Gear Solid mainstay Yoji Shinkawa. It was also notably terrible despite some genuinely great ideas. The fact that anyone still cares about the franchise after Evolved and Left Alive is honestly kind of fascinating. Considering that neither the official Square Enix Twitter account nor website mention the upcoming remakes at all, despite promoting its other re-releases announced at the very same Nintendo Direct, the IP holder might not care that much.

The actual publisher for Front Mission 1st is Forever Entertainment — makers of (the poorly received) Panzer Dragoon: Remake from a few years back. Forever entered a deal with Square Enix early last year to release “several” games in a specific franchise. It seems that was Front Mission, as the Nintendo Direct also indicated at least the second game in the series will also receive an update.

Hopefully, these turn out better than Panzer Dragoon. Though I’m optimistic that turn-based strategy games will be harder to mess up. The first three Front Mission releases really only need a fresh coat of paint and perhaps some user interface improvements — if that. Not to mention the little bit of footage we’ve seen so far looks very nice: like a diorama full of high-quality Gundam models to play across. Meanwhile, the style of gameplay hasn’t aged that poorly. If anything, the mainstream explosion of Fire Emblem has primed the pump for simple, modern tactics games more than ever.

Granted, fewer folks will likely want to fuck the walking tanks, but the intense customization options will make it easier to try.