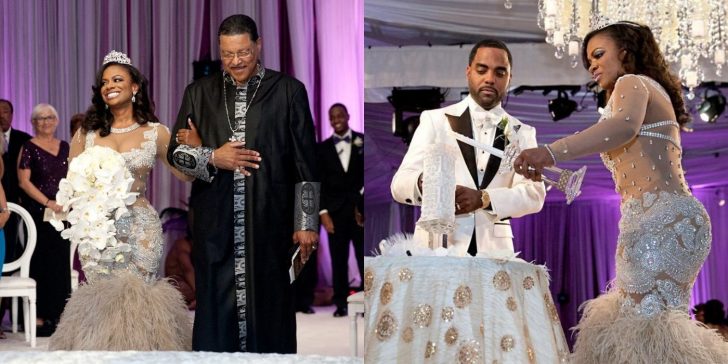 Kandi Burruss, a housewife from The Real Housewives of Atlanta, and her husband Todd Tucker have been known to do business together and they continue to do so by stepping into broadway. The two first met on the set of RHOA in 2011, when the housewives of that season visited Africa. Though Tucker was receiving a lot of grief from Burruss’ side of the family, he proceeded to propose to Burruss. In 2014, they officially got married and eventually welcomed Ace and Blaze Tucker to their family in 2016 and 2019.

One of their most popular business ventures that were done in conjunction was their restaurants. Their southern restaurant, Old Lady Gang, was first opened in 2017, and they have since opened two other locations, all stationed in Georgia. Sticking to the restaurant business, the couple opened a steak and seafood restaurant named after their daughter Blaze in 2020. Because she prides herself in being an entrepreneur, Burruss has also done business ventures on her own including Bedroom Kandi which specializes in intimate toys. Her singing experience has also allowed her to write and produce a play called A Mother’s Love and more recently, she helped to produce a Broadway play called Thoughts of a Colored Man.

Now, Burruss and Tucker are assisting in co-producing the revival of The Piano Lesson on Broadway. According to reports from Deadline, the couple took to Instagram and shared their excitement about their new role. In a joint statement, the couple said, “We couldn’t be more honored and excited to join the producing team of August Wilson’s The Piano Lesson.”  Burruss and Tucker went on to say, “As we continue to push to diversify the Broadway audience, this all-star team and cast is a dream come true for our next venture on Broadway.” Included in the cast are Samuel L. Jackson, Danielle Brooks, and John David Washington; Latanya Richardson Jackson will direct the production. August Wilson, a Pulitzer winner, is the playwright behind the play and its original production was in 1987 at the Yale Repertory Theater, according to The New York Times, and L. Jackson also starred in that one.

Richardson Jackson is the first woman to direct the play and because of her family history, she sees the importance of having this story told, according to the Times reports. Richardson Jackson said, “I’m dealing with this as a ghost story — I’m unashamedly, unabashedly telling a ghost story.” She went on to say, “and it’s about the bigger ghosts that haunt us, that are part of our lives, that we are carrying around like an anvil.” The Piano Lesson features the story of a brother and sister who have constant disputes about what to do with their family heirloom- a piano. On one end, the brother desires to sell the piano, but on the contrary, the sister finds it important to keep the heirloom in the family. However, the true meaning behind the story lies in pain, slavery, and discrimination.

Many of Burruss’ fellow castmates from The Real Housewives of  Atlanta shared the excitement of Burruss and Tucker by congratulating them on their new endeavor. Though this is the couple’s first time co-producing for Broadway, they have co-produced films before including their spinoff reality show, Kandi & The Gang. Previews for The Piano Lesson will begin being previewed on September 19 and will run for 16 weeks only.