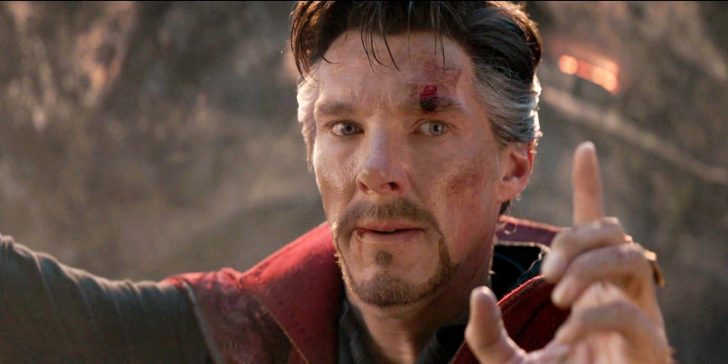 Kevin Feige, the President of Marvel Studios, has recently labeled Benedict Cumberbatch as the Marvel Cinematic Universe’s anchor. First taking on the titular role in Doctor Strange back in 2016, Cumberbatch’s sorcerer has become synonymous with the magical side of the MCU. After Doctor Strange became a Master of the Mystic Arts, he briefly cameoed in Thor: Ragnarok before going on to play an integral role in Avengers: Infinity War, Avengers: Endgame, and the recent mega-hit Spider-Man: No Way Home.

Cumberbatch’s role in Avengers: Infinity War was an important one for setting him up to be at the center of the MCU’s Phase 4. Doctor Strange was paired with Robert Downey Jr.’s Tony Stark/Iron Man for most of the film. Having been introduced back in 2008 as the first MCU hero in Iron Man, Tony Stark has often been treated as the franchise’s lead. However, with Tony Stark’s sacrifice in Avengers: Endgame to defeat Thanos (Josh Brolin), a vacuum was left for someone to take on his role. While other veteran heroes like Steve Rogers/Captain America (Chris Evans) or Natasha Romanoff/Black Widow (Scarlett Johansson) could’ve taken Stark’s place as an “anchor” of sorts, their stories also came to an end in Avengers: Endgame. While Stark and Strange did not have a perfect relationship, the two displayed mutual respect during Endgame’s final battle, which may have acted as Stark passing a torch to Strange.

During a speech to celebrate Cumberbatch receiving a Hollywood Walk of Fame Star (via The Direct), Feige shared his congratulations with the Doctor Strange star. Although Feige made a point of giving Cumberbatch credit for many of his iconic roles, when it came to referencing Cumberbatch’s role in the MCU, Feige explained that Cumberbatch has been the ideal Doctor Strange since the beginning. The Marvel boss went on to call Cumberbatch the MCU’s “anchor” as it navigates “the madness of the Multiverse.” See Feige’s full quote below:

“Benedict has turned this character into an icon, appearing in a historic three of the top six films of all time. It’s been quite a journey. I remember our very first meeting was set up as a general, and we wanted to pitch him this great character, and before we could, he said ‘So tell me about Doctor Strange,’ because you knew. Because somewhere you knew what this could be and you’ve always seen the tremendous potential in this character. Because of that, you’ve become the anchor of the Marvel Cinematic Universe and the only actor capable of guiding us through the madness of the Multiverse.”

Feige’s comments are, of course, in reference to Cumberbatch’s upcoming Doctor Strange sequel, Doctor Strange in the Multiverse of Madness. With so many well-known veterans of the MCU having recently exited the franchise, it’s exciting to consider that Cumberbatch’s Strange is going to play an important role going forward. It’s clear from Feige’s explicit reference that the actor’s “anchor” role will be directly tied with the MCU’s multiversal future. After its initial introduction in Loki, the Multiverse went on to be a critical backdrop for What If…? before Strange and Tom Holland’s Peter Parker dealt with its ramifications again in Spider-Man: No Way Home.

Considering Feige’s claim that Cumberbatch is now the MCU’s anchor, it’s clear that he is going to be dealing with some major events in Doctor Strange In The Multiverse Of Madness. Although Cumberbatch has the potential to show up in other MCU stories going forward, he must first confront his mistakes from Spider-Man: No Way Home and gain a better understanding of Wanda Maximoff/Scarlet Witch’s (Elizabeth Olsen) intentions, which look to have huge implications for the wider MCU. Thankfully, the franchise has a strong anchor in Cumberbatch to hold it together.

Matt Albren is a Movie/TV News Writer for Screen Rant. He is currently pursuing a BA in Communication from Wake Forest University and was recently invited into the Communication National Honors Society. With the publishing of his first book under his belt at the age of twelve, Matt has always had a passion for writing and is excited at the chance to put that passion–along with a love for Star Wars and Marvel–to good use. Hailing from Massachusetts, when Matt isn’t studying, he can be found welcoming first-year students to Wake as a WFU Student Adviser Leadership Council member, running for exercise, or reading for pleasure. No wonder his favorite drink is iced coffee!