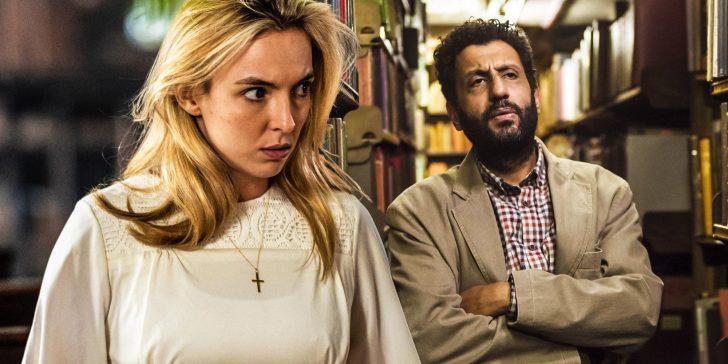 Villanelle is still a killer but she is also clearly in psychological distress. Yet Killing Eve season 4 won’t give Villanelle the help she needs.

Villanelle (Jodie Comer) seems to sincerely want to change but Killing Eve season 4 is preventing her redemption. The blonde Russian assassin is at a crossroads in her life and she’s obviously seeking help. However, given Villanelle’s history and inability to stop murdering people – even when she tries not to – Killing Eve’s other characters, including Eve Polastri (Sandra Oh), won’t give Villanelle the benefit of the doubt. No one truly believes Villanelle wants to change and, without support, Villanelle is mired in a rut that Killing Eve won’t let her out of.

Killing Eve season 4 is continuing Villanelle’s trajectory from season 3. Villanelle once loved being an assassin; she was uber-confident, powerful, untouchable. But something changed inside her and she began exploring ways to leave The Twelve. Villanelle even sought out her family, which went horribly wrong, and she committed her worst sin when Villanelle murdered her mother, Tatiana (Evgina Dodina), and members of her family. It’s clear that Villanelle killing her mother broke something inside her and she hasn’t been the same since. But without Eve’s support, Villanelle continued to go awry. She became a born-again Christian in an ill-fated attempt to be “good,” but Villanelle murdered Phil (Steve Oram), the vicar who never trusted her, and his daughter, May (Zindzi Hudson), who fancied Villanelle. Ultimately, getting baptized was a ploy for Villanelle to get Eve’s attention and when it didn’t work and Eve rejected her, Villanelle sought her out directly, only to be coldly rebuffed again.

In Killing Eve season 4, episode 3, “A Rainbow in Beige Boots,” Villanelle held Martin (Adeel Ahktar), a therapist and MI5’s expert on psychopaths, hostage. It was another ploy to get Eve’s attention, but another reason Villanelle did it was that she actually wanted help and for Martin to treat her. Without going into detail about her odious visions of Jesus Christ who looks like Villanelle, she confessed that she no longer trusts her own thoughts and Villanelle now feels “sh****” all of the time. The terrified Martin and Villanelle didn’t get very far in her therapy, but the Russian killer said more than enough to provide a window into what was troubling her. Martin also said something telling: A psychopath doesn’t want to be good, and the fact that Villanelle worries about her true nature is a sign that maybe she has undergone a transformation.

For anyone who takes the time to listen to Villanelle, it’s obvious she is in pain and crying out for help. But she is Villanelle, a professional murderer, and thus, no one will take her at her word that she wants to stop killing and be a better person. It’s understandable that Eve doesn’t want to be victimized by Villanelle’s power over her any longer, although Villanelle confessed Eve has the same power over her. But Eve has shown no patience and capacity to help Villanelle; instead, Polastri called the police and turned her in, telling Villanelle, “I should have done this when we first met.” Overall, Killing Eve has cruelly set up a scenario where one of its two main characters is in legitimate emotional and psychological distress but no one in the show has the capacity or willingness to give Villanelle the help she actually needs. Instead, Eve had Villanelle thrown in prison.

The fable of “The Scorpion and the Frog” was referenced by Eve and Killing Eve to describe her relationship with Villanelle, but the Russian turned the tables and asked Eve to consider that maybe she is the scorpion. In truth, they both are scorpions and they probably would kill each other because Eve and Villanelle now share the same nature (and perhaps they always did but Eve took longer to realize it). Eve has even grown colder, more single-minded, and manipulative in her pursuit of The Twelve. Yes, Villanelle is a psychopath but has shown the capacity for genuine remorse and even guilt for her killings. Yet Killing Eve has made it impossible for Villanelle to be redeemed. It feels tone-deaf and wrong that Villanelle wants to be a better person but Killing Eve simply won’t help her.

Next: Killing Eve: Why Eve Hates Villanelle In Season 4 (Despite Season 3’s Ending)

John Orquiola is a Features staff writer and interviewer who has been with Screen Rant for five years. He began as a director’s assistant on various independent films. As a lover of film and film theory, John wrote humorous movie reviews on his blog, Back of the Head, which got him noticed by Screen Rant. John happily became the Star Trek guy at Screen Rant and he leads Feature coverage of the various Star Trek series, but he also writes about a wide range of subjects from the Marvel Cinematic Universe to Cobra Kai. His other great nerdy love is British TV series like The Crown, Downton Abbey, and Killing Eve. John can be found on Twitter @BackoftheHead if you want to see photos of the food he eats.