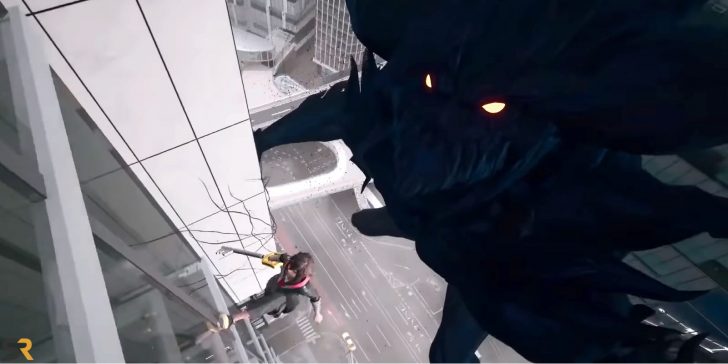 The surprising Kingdom Hearts 4 announcement trailer revealed Sora residing in a fancy apartment that fans were able to find in real-world Tokyo.

The Kingdom Hearts 4 announcement trailer that surprised the world Sunday morning included Sora waking up in an upscale apartment, and one fan believes they have discovered the real-world location it was based on. When the first Kingdom Hearts game was released on the PS2 twenty years ago, it saw the unlikely team-up of Final Fantasy and Disney characters. The bizarre combination shockingly mixed well with the game’s action RPG gameplay and has since seen the release of more than a dozen entries to the franchise.

Fans waited long for Kingdom Hearts 3 to finally arrive on consoles in 2019. While the series has seen a large number of releases on both portable gaming and mobile devices, the series’ overarching storyline came to a conclusion of sorts at the end of KH3. However, a loose end led to a cliffhanger that seemed to be the beginning of a new story arc for the Kingdom Hearts series. Since the KH4 trailer was released, many fans have been scouring it for any clues for more information involving Sora’s next adventure. One observant fan believes they have a good idea of where part of KH4 will occur.

A fan has been able to determine the real-world location of Sora’s apartment seen in the Kingdom Hearts 4 announcement trailer. Reported via Game Rant, Twitter user aitaikimochi posted comparison photos of the new trailer next to the residential area known as Aoyama, Tokyo. The images reveal large skyscrapers filled with extremely expensive lofts that overlook the beautiful modern city, which is almost identical to the world seen in the KH4 trailer. Aitaikimochi dug a little deeper to discover the apartments modeled after Sora’s can be rented for around two thousand dollars a month in one of Tokyo’s most expensive areas.

I can’t believe Sora lives in fuking Aoyama in Tokyo, which is one of the most expensive residential areas in Tokyo.

The building in the distance looks like Shibuya Stream, and I am fairly certain the park you see is Aoyama Gakuin. Also, this is probably his apartment LOL. #KH4 pic.twitter.com/66RpLEmBZu

The modern-looking world seen in the KH4 trailer is called Quadratum, and it is the most realistic world fans have seen throughout the Kingdom Hearts series. Previous games in the franchise have visited worlds from Disney and Pixar films, including a few original worlds created for the series’ imaginative and complicated lore. Fans of the series are incredibly excited to see what franchises will be included in the new game, which could very well bring Disney-owned properties such as Star Wars and Marvel into Kingdom Hearts 4.

Kingdom Hearts has often followed its heroes through a variety of worlds with different art styles with some very different results. Previous adventures have seen Sora magically transform to alter his appearance to fit into worlds such as The Lion King, The Little Mermaid, and The Pirates of the Caribean. Sora’s newest look has him in a world that resembles our world more closely than any seen in the series before. It will most likely be a few years before Kingdom Hearts IV is released, and until then, fans will have to wait to see what else Square Enix has in store for the franchise.

Jason Hon is a Gaming News Writer and creator of Comedic Gaming Youtube Channel Honzy and Friends! Within him lies a colossal passion for Gaming, Shonen, and making people smile. He graduated from The Los Angeles Film School and performs improv comedy.
He lives with his wife and two cats in Iowa, USA.