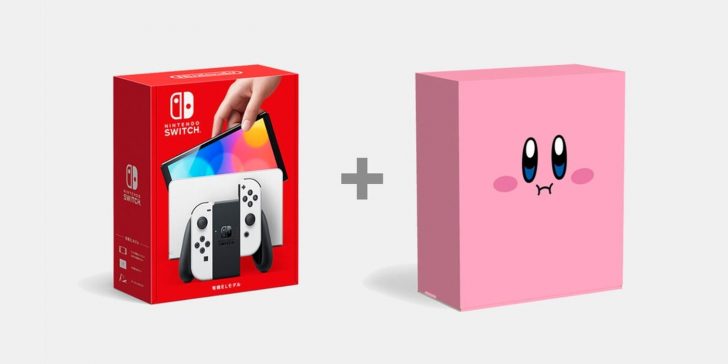 In Kirby and the Forgotten Land, Kirby can swallow his enemies in order to steal their powers, as he can do in the other entries in the series. The game is introducing a new power-up for Kirby, called Mouthful Mode, where he attempts to devour machinery and wraps himself around it in the process, granting him new powers. These include a vending machine that lets Kirby fire soda cans at the enemy, a traffic cone that can be used to perform a piercing thrust attack, a light bulb that can brighten up dark areas, and a ring that lets Kirby blow puffs of air that can propel him forward. By far the most famous of Kirby’s new power-ups in Kirby and the Forgotten Land is Carby, where Kirby attempts to swallow a car and can use it to ride around levels.

The box for the Nintendo Switch OLED Model is bright pink and features Kirby’s face, suggesting he devoured the entire box. The model is expected to ship on March 24, which is the day before Kirby and the Forgotten Land is released. The system doesn’t appear to actually come with a copy of the game and it’s just a regular Nintendo Switch OLED model system with a Kirby box. There’s currently no word regarding a European or North American release for this version of the system.

It’s a shame Nintendo hasn’t fully embraced the concept of a Mouthful Mode Nintendo Switch model, as it would be easy to release a bright pink Switch, with pink Joy-Cons, and put Kirby’s face on the back of the system. It’s possible that the popularity of Mouthful Mode took the company by surprise and it has only been able to produce the box in time for the game’s release. Kirby’s different Mouthful Mode forms have become a smash hit with fans and it likely won’t be long until they’re featured in official merchandise. The people who want to get behind the wheel of Carby can now do so, as there is a Kirby and the Forgotten Land demo available on Nintendo Switch.

Kirby and the Forgotten Land launches for Nintendo Switch on March 25, 2022.