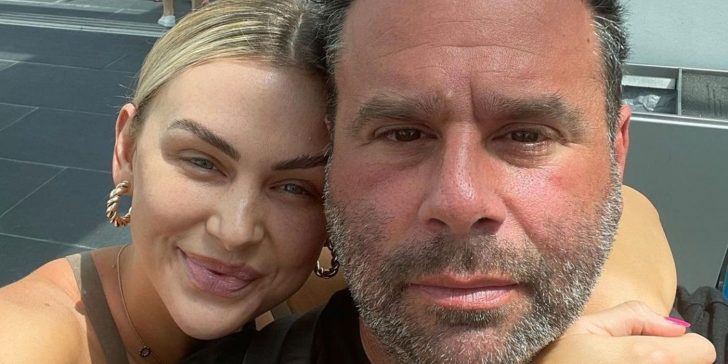 Lala Kent opens up to Larsa Pippen about how she has been coping since splitting from Randall Emmett and claims their bond wasn’t real.

Vanderpump Rules star Lala Kent revealed on Wednesday that she doesn’t feel the absence of Randall Emmett’s love because it was never there. Since the 31-year-old reality star and Randall, 51, called it quits, Lala has made a series of accusations against Randall, with whom she shares daughter Ocean. For instance, Lala said the film producer cheated on her repeatedly, and she never discovered it until later. However, when Randall addressed their breakup, he said both of them had faults.

Randall said he and Lala made mistakes that crumbled their relationship. However, unlike Lala, Randall, the chairman and co-founder of Emmett/Furla/Oasis Films, was unwilling to disclose his ex’s mistakes. It’s been several months since Lala and Randall broke up, but the former couple is still at odds with each other. Lala has openly said she isn’t okay with Randall painting himself as the perfect dad to Ocean after their split.

Lala and Randall’s split hasn’t been amicable and doesn’t hide that their relationship was not blissful. During Wednesday’s episode of her Give Them Lala podcast, the mom of one shared another detail about her breakup. Lala spoke to her guest, Larsa Pippen, about how she has been coping since her split from Randall. She said, “I feel like I’m not suffering. Yes, there was a lot of betrayal. What he was doing behind the scenes was not the same as the life he was portraying when we were around each other. So, it’s hard for me to come from a place of, like, mourning a loss when there was no loss because it wasn’t ever real.” Larsa then chimed in, noting that she gets why Lala feels the way she does. However, she promised that Lala’s feelings would change with time.

After Lala and Randall split, the TV personality has tried going out with other men, but it has rarely moved past the first date. Recently, she revealed she was going on a date with a man who resembled “Superman.” However, she abruptly stopped the relationship from going further after the mystery man failed to pass her background check. For now, Lala isn’t interested in relationships. She revealed on her podcast that she isn’t interested in anything serious and only wants good company.

The Vanderpump Rules star and Randall have dominated the headlines since their split. Lala has stopped at nothing in showing that she isn’t on friendly terms with the producer. Lala’s words on her Wednesday podcast have also confirmed that she did not feel loved throughout her relationship and still feels betrayed by Randall’s actions. It doesn’t look like Randall and Lala will be on good terms soon, though Larsa believes Lala will feel better about the situation eventually. However, with Ocean getting older every day, one can only hope Lala and Randall can ultimately settle their differences and focus on co-parenting.

Next: Vanderpump Rules: Fans Want Season 10 To Show All The Breakup Drama

Source: Give Them Lala Podcast