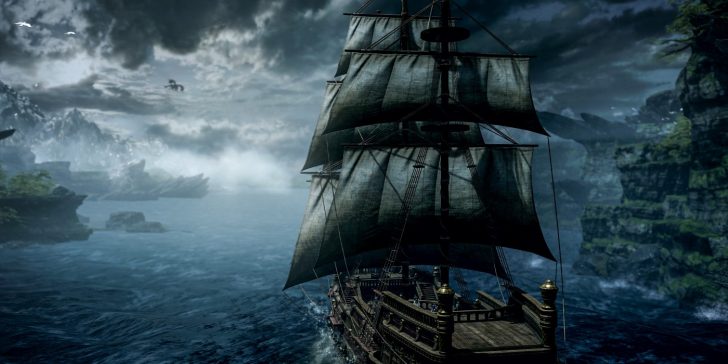 Limited-time encounters are everywhere in Lost Ark, especially as you venture further into the endgame once you’ve unlocked sailing. Keeping an eye out on upcoming events it’s key to make the most out of your adventures, and one of these activities involves the Lost Ark Shangra island. This guide explains where to find all Shangra locations and what you should know in advance.

If you’re in need of more help, we also have guides covering a main quest walkthrough, best PVE classes and PVP classes, pets and how to get one for free, the main character mechanic, getting two Powerpass tickets, Ghost Ship locations, whether to save or run away from Gerka, leveling to 50 and what to do in the endgame, server maintenance schedule, how to unlock sailing, and 16 tips that may come handy.

Where to Find All Shangra Locations in Lost Ark

There are three available spots where you can find the Lost Ark Shangra island, which are as follows: North of Anikka and west of the Sea of Death East of the Wall of Procyon and in between the Glacier Region and North Vern. While the locations will appear on your World Map early on (accessed by opening the map with M and then clicking the world icon on the bottom left), you’ll have to go through a few steps before visiting the island:

Progress through the Main Story quests up until Finding the Arks — at this point you’ll have sailing available.
From here on out, your objective is to reach Item Level 460.

In essence, the Lost Ark Shangra island works in a similar fashion to Ghost Ships and other related activities. While the location icons are always present on the map, the island won’t always be present. For this, you’ll have to check the schedule on the Procyon’s Compass. I recommend to just sign up for an alarm so you’ll automatically get a notification whenever it appears.

Once you’re in the area of whichever of the three possible locations, keep an eye out for a whirlwind in the water, although is likely that the island will be present already too. If nothing happens, that means the Shangra island is on any of the remaining spots. Yes, it’s frustrating to not know exactly which one of the three is the right one each time, especially since they aren’t exactly close to one another, but I guess that’s part of the mystery. It’s possible to bypass this by searching for Shangra in the World Map’s search bar once the event is active, as it has the chance to showcase just one spot, which will be the correct one. Hopefully you’ll be able to move between any of the surrounding docks in time before it disappears.

In case you’re wondering, you can expect to find Mokoko Seeds and the Shangra Island Token in the location. Moreover, there is a Roster quest called Wings to Wake Up the Dragon Stone, which involves the island. If you stumble upon it at some point, you’ll have to head over there to see it through, so best of luck!