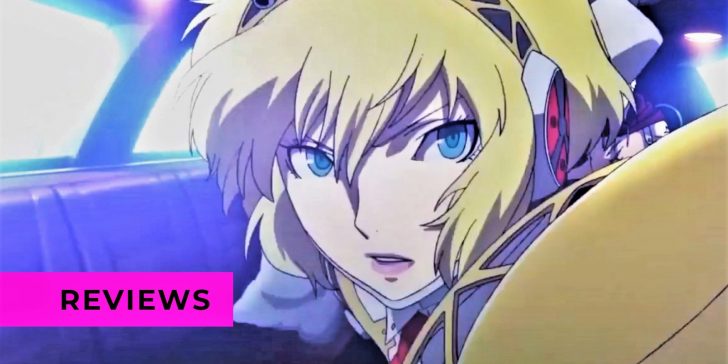 I have one less reason to keep my PS3 on hand, and that’s because Persona 4 Arena Ultimax is finally playable on modern platforms. This re-release for PC, PS4, and Switch keeps the original game intact and includes the DLC that matters and a balance patch once-exclusive to the arcades. More importantly, it revives a fantastic spinoff for beloved RPGs and remains a top-tier fighting game.

2D anime fighters have evolved quite a bit over the eight-or-so years since Persona was spun into one. But like many Arc System Works games, the core mechanics are designed with considerable balance, depth, approachability, and spectacle (though the former will always be debatable). With those pillars intact, anime fighters can stand the test of time, sticking around much longer in the FGC’s consciousness and sustaining a cult following. Here, Persona’s authentic spirit carries this game well beyond being a solid fighter.

Keeping the Spirit of Persona Alive

Persona 4 Arena and P4AU translated both the personalities of our favorite (or most hated) characters and the series’ RPG elements in ways that rekindle my enthusiasm for them. I still find it wild how natural ArcSys remixed Persona to create a memorable fighting game that’s not only faithful to the source material, but presents it in a new light.

I’m not gonna front and say the actual story elements are particularly revelatory or groundbreaking. It’s more of a decent excuse to reel everyone back together to fight for something, whether it be the story modes for the first P4A or the follow-up in P4AU — both of which are featured on this release from the jump.

Within its basic premise of Persona 4’s supernatural TV world returning, and baiting everyone for some ridiculous tournament with evil shadow-selves, are moments that exemplify our attachment to these games. Specifically, the fact we have the Persona 3 cast aged past the immediate aftermath of the original RPG’s conclusion. I think it’s legitimately great to see characters grow up and break out of the high school confines Persona relies on. They’ve all taken on new lives years after Gekkoukan High School, still carrying the weight of those events but with an air of maturity.

Persona 3 will always have a special place in the franchise, and it’s wonderful seeing the cast grow up.

Yukari stars in a damn Power Rangers TV show. Junpei pursues his professional baseball dreams. Ken has a high school life beyond SEES. Mitsuru is a rich girlboss CEO. Akihiko becomes the perfect punchy boy. Fuuka is, well, a better version of herself? Aigis technically gets older, and she still kicks ass.

In other spinoffs we’ve seen — Persona Q, Persona Q2, and Dancing in Moonlight — narrative excuses keep these characters as they were. Portraying adults seems like something the series is so reluctant to do. And I think that’s what makes the stories in these fighting games kinda special, even if we only get snippets in short animated cutscenes and mostly talking portraits with static backgrounds.

P4AU villain Sho Minazuki is fine, I guess — a high-tier fighter, but not much more than the evil dude with a messed up backstory to connect both Persona casts together. However, P4AU is worth it for first-timers to discover and play as Labrys, who’s actually really fucking cool. An anime robot girl with a Boston accent and a big ass axe — like, tell me that doesn’t sound dope as hell! (It’s just straight-up hilarious to think Aigis’ counterpart would probably be wasted at a Red Sox game getting in fights with Yankees fans.) Damn, I wish she was present in RPG form and had her own social link route.

I’ll always have love for my friends in Inaba, and thankfully, P4AU doesn’t linger on Persona 4’s more regressive aspects. There’s a genuine joy in seeing my problematic faves together again and hearing the comforting background tunes alongside their cheeky, sometimes aimless, small talk. When they cross paths with the Persona 3 folks, it’s like seeing two separate groups of friends link up for the first time and vibe with each other. I’m a real sucker for that stuff and still geek out over moments of in-universe crossover.

Of course, none of this is necessarily new or revelatory. This is all old banter for the folks who already played the original releases. And I think it’s fair to say some amount of love for the original games is a prerequisite for getting anything valuable out of P4AU’s stories. But as time goes on and Persona continues to grow in popularity (now celebrating its 25th anniversary), the few moments the series deviates from conventions become more precious and noteworthy. Especially for folks who got into the series recently by way of Persona 5 and went back to play the older RPGs, P4AU is a lovely epilogue in the form of a legitimately great fighting game and enjoyable visual novel. And it isn’t strictly beholden to a platform that’s two generations old anymore.

Yukari is best girl. I will not be taking any questions at this time.

Damn, These Personas Got Hands

It’s not the story modes alone that sell the idea of P4AU, however. ArcSys really doesn’t miss when turning IPs into solid fighters. In many ways, the studio’s work with P4A and P4AU sowed the seeds; Dragon Ball FighterZ, Granblue Fantasy Versus, and the guest franchises in BlazBlue Cross Tag Battle come to mind. It also helped push the trend of the now-standard auto combo mechanics we see throughout 2D anime fighters — a key feature in making these games more approachable for beginners who are likely coming from an IP’s fandom.

The deeper you dig into how each character plays, you see how they’ve been thoughtfully built as fighters. It takes some effort to understand how to best wield your SP meter, create openings, string combos, and use Bursts, all-out attacks, and Persona abilities. Then you can graduate to incorporating the “1-More” Roman cancel to keep combos going or readjusting your approach when in a Persona Break or Awakened state. If you want to take it a step further, you can learn Shadow versions of each character who essentially play by different rules with regards to fighting mechanics. It can sound intimidating, but over time, I found the pieces surprisingly digestible. That’s all to say there’s decent complexity in P4AU if you’re willing to go down that rabbit hole, evident in its competitive scene of yesteryear and from some online battles with friends.

The 2.0 balance update new to this release is quite significant compared to the PS3 version. Shadow-type characters have been tweaked and a handful of nerfs and buffs were implemented across the board. The foundation hasn’t changed much, but overall, there’s a better sense of parity within the roster. Although character tiers still very much exist in the P4AU meta, anyone on the roster can thrive in casual play.

Really cool to see my Warrior of Light outside of Final Fantasy XIV getting featured in a fighting game.

Outside of the lengthy story modes, I very much enjoy grinding through the GoldenArena mode. It consists of gauntlets of varying difficulty and gain XP after each win to strengthen characters RPG-style and equip perks to make subsequent fights a bit easier. It’s a neat little side thing where you can hone your skills with particular characters through rapid-fire matches while having some form of a progression system to boot.

Of course, fighting games live or die by their online play, which highlights some perplexing decisions behind the re-release of P4AU. The PC and Switch versions of the game don’t have Lobby mode. It was a nice online feature where players could run around Persona-themed rooms as avatars and match up at stations for fights, which I find chill and inviting. It was core to the original release but it’s only in the PS4 version.

At the time of launch, the game relies on standard delay-based netcode for online matches. There have been some hiccups in playing with friends across the country, but it has mostly held up fine for us and been a real good time. That won’t always be the case, especially for potential playerbases and communities spanning the world. That’s where rollback netcode helps close the internet connection gap. However, PS4 and PC versions of P4AU won’t have rollback netcode until Summer (and if you’re looking at the Switch version, you’re out of luck). The fact it’s getting implemented at all is worth celebrating, I just hope it’s not too little too late.

Galactic punt this delay-based netcode ya know what I’m saying.

Standing the Test of Time

Recently, my brain’s been more tuned with the likes of Under Night, Melty Blood, Guilty Gear Strive, and BlazBlue Cross Tag, so it took time to readjust. With less than a week back in P4AU, I can confidently say I’m not great, but damn am I having a good time with some all-time favorite characters. Dropping 10+ hours with P4AU again reminded me of how well Persona translates to a fighting game with each character’s skillset and personality faithfully adapted to 2D anime battles. It feels as if this was how they were meant to fight in those turn-based battles in the series’ RPGs.

Admittedly, moving on from Persona 4 (but not Persona 3, mind you) has been long overdue. And P4AU itself may be surpassed by other fighting games, especially in terms of presentation and production values. (I mean, have you seen Guilty Gear Strive, Granblue Fantasy, or Dragon Ball FighterZ in motion?!) But the love for Persona — and the way P4AU recaptures that through gameplay and style — is timeless. Every time I’ve booted up the game and the melody to the theme song “Break Out Of” starts playing, I just have this instinctual reaction to throw down and fight everyone in the street shirtless like I’m Akihiko or some shit. Hearing the best version of “Reach Out to the Truth” during a fight still gets me hyped, and all the background tracks in the story modes tug at the heart strings again. And that’s a microcosm of the P4AU experience: fights, hype, and feelings. I’m glad this game exists.

I hope P4AU has the legs to sustain a healthy playerbase, especially after the rollback netcode launch. Regardless, preservation matters just as much. As a Professional Persona Liker, I believe creating access to a fairly significant piece of the series’ history is important. At the very least, it warms my heart that P4AU gets a deserved second chance on modern platforms in the year of our lord 2022.