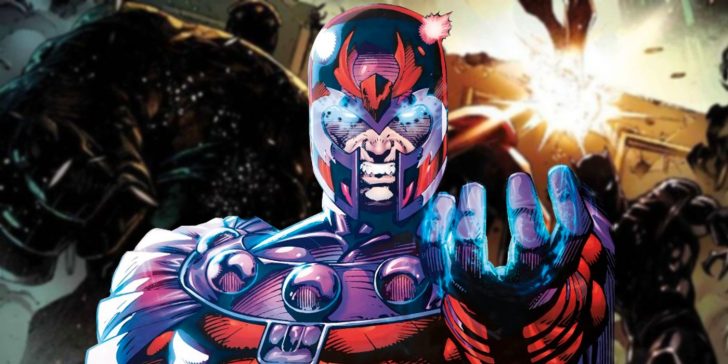 The Marvel Comics event Dark Ages that is currently being published shows an alternate future where a spell Doctor Strange used to save the world accidentally plunged the Earth into a new dark age, but 30 years ago the once X-Men villain Magneto unleashed his own electromagnetic pulse upon the world that almost led to a dark ages in main continuity decades earlier. The iconic crossover event Fatal Attractions from 1993 depicted Magneto at his most villainous, looming over Earth in his Avalon spaceship with a vengeful group of cult-like followers called the Acolytes, and his actions killed thousands of people across the planet.

The current Dark Ages event is a refreshing twist on the post-apocalyptic fantasy, with the story jumping many years into the future to witness the surviving heroes and the next generation, their children, fighting back against the evil mutant Apocalypse as he attempts to cement his rule of the entire world after a magical EMP destroyed all non-magic powered technology. While the Earth being flung back into the Dark Ages was an accident caused by Doctor Strange saving the planet, in Fatal Attractions Magneto very intentionally used his Omega-level magnetic powers to cause an EMP explosion, rendering all technology useless on Earth and killing many people. If the X-Men had not stood up against him he would have surely created more EMP blasts, further wounding the world and sending them into the Dark Ages.

Related: Magneto Is a Hero, and Marvel Zombies Proved It Beyond Doubt

Magneto’s EMP assault happened in 1993’s X-Men #25 “The Death of the Dream” – written by Fabian Nicieza with art by Andy Kubert, Matt Ryan, and Joe Rosas – in the 4th part of the Fatal Attractions story which saw a human-hating Magneto waging war against the humans of Earth with the help of his violent Acolytes, causing the United Nations to activate the “Magneto Protocols.” These protocols were created to safekeep the planet from Magneto’s devolving mental stability, and activated a webbed network of satellites surrounding Earth that were meant to prevent Magneto from being able to use his magnetism on the world below. This leads Magneto to release his EMP blast across the planet, disrupting the satellites, and causing untold devastation across Earth.

Xavier describes the pulse as “terrifyingly devastating in its ferocity,” which finally makes him realize that Erik is truly out of control and must be stopped, so he and his X-Men teleport to Avalon to put a stop to Magneto and his Acolytes. Engaging in a fierce battle, Wolverine almost kills Magneto with his claws causing Erik to horrifyingly rip the adamantium metal off of Logan’s bones nearly killing him, which in turn makes Xavier cross a boundary and use his telepathy to erase Erik’s mind leaving him in a coma until 1997. While Xavier obviously reacted in anger, and regretted his violent assault on his old friend Magneto’s mind in the years to come, if he had not stopped Erik there is a high likelihood that Magneto would have caused the Dark Ages event to happen 30 years early and in main Earth-616 continuity.

The writer of the current Dark Ages event, Tom Taylor, clearly read 1993s Fatal Attractions because Magneto and his powerful electromagnetic abilities are a central part of Apocalypse’s plans for world domination. In Dark Ages #2 it is revealed that Apocalypse is using Magneto’s power to create a Faraday Cage, reversing the effects of the EMP in short-range and allowing the villain to have immense power, essentially making Magneto into an ultimate weapon in the new Dark Age of the planet. To see Magneto’s original attempt at sinking the world into the Dark Ages make sure to read the classic X-Men event Fatal Attractions, and definitely pick up the ongoing Dark Ages story that is currently being published by Marvel Comics.

Nightwing Does Yoga With His New Puppy in Seductive Variant Cover

Alex Schlesinger is a freelance Comics News writer for Screen Rant. While his career is in social work, one of his biggest passions is reading and writing about comic books. While Alex loves to write about all things comics, the X-Men will always hold a special place in his heart.

Alex lives in Seattle with his fiancé Zach and their two cats Jasper & Harley. When not writing Comics News he is cooking, baking, reading science fiction, and travelling around the Pacific Northwest.