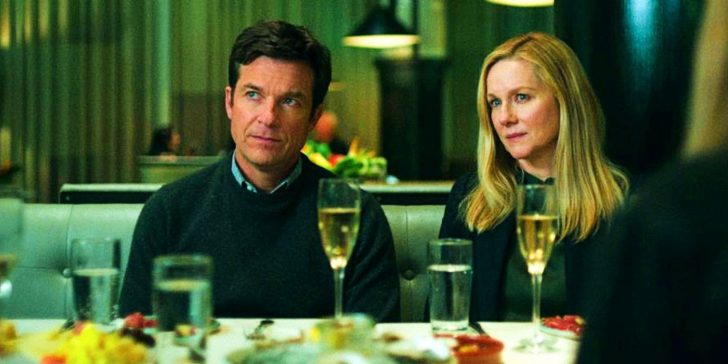 Ozark showrunner Chris Mundy has discusses the tumultuous and strenuous relationship between Marty and Wendy Byrde in the crime series’ final season.

Ozark showrunner Chris Mundy has explained the tumultuous relationship between Marty (Jason Bateman) and Wendy Byrde (Laura Linney). Ozark first premiered on Netflix in 2017 and was lauded as one of the best crime shows on television throughout its run. The series follows the Byrde family as they are thrust into the money laundering business for a big Mexican drug cartel. Although Ozark promised drama and thrilling twists, the heart of the show’s drama was found within the family.

After saving himself from certain death by convincing a cartel lieutenant that the Ozarks are an excellent location for washing money, Marty whisks his family from Chicago to central Missouri to start a new life. At first, Wendy was at odds with her husband regarding just about everything. Prior to the move, she was having an affair with another man and was ready to leave him. But as the show continued, Wendy found a new purpose in the family business and became a force to be reckoned with. Although she elevated the family’s status with the Cartel by making political deals, many times this was at odds with Marty’s schemes and she ended up driving a wedge between the two with her own personal aspirations that only became rectified in the final batch of episodes.

Mundy sat down with Vanity Fair to discuss the series finale in detail and to explain the strenuous relationship that Marty and Wendy had in the final season. The showrunner admitted that although the two loved each other, there was a significant division between the two as the show neared its end. By Ozark season 4, Wendy gave Marty a choice for which he needed to decide in order to keep his wife and family together. Read what Mundy said below.

“I think they love each other, but they’re also the only two people who have lived through this, in a way. How can they have a normal relationship with anybody else or in any other situation? Wendy basically throws down the gauntlet in [season four’s] episode nine and says, ‘If you love me, you’ll keep going.’ And Marty makes a decision to stick with Wendy. I wanted people to actually decide for themselves where they wanted to be.”

As the series came to a close, Wendy found herself over-committed to the cartel while getting her foundation off the ground, and bringing her family back together. With her alcoholic abusive father arriving in town to search for his son — whom Wendy previously had killed to protect the family — the level of stress became nearly too much to bear, resulting in her checking into a psychiatric hospital. Although Marty is frustrated with the lack of control he has over his kids, the businesses, and his wife, he decides to stick by his spouse and manages to bring his family back together.

Throughout the four seasons of Ozark, the power dynamic shifts constantly between Marty and Wendy. With both of them cheating on each other, paying off a marriage counselor to spite one another, and making business decisions without their spouse knowing, thus threatening their own lives, it is a miracle that the two managed to stay together throughout the series. Perhaps it is precisely surviving through those hardships that strengthened their bond, reshaping the two into a more powerful couple by the show’s final moments. As Marty and Wendy arrive home at the dawn of a new chapter in their life, the couple finally turns to each other with sincerity and tell each other, “I love you.”

Next: Ozark: The Dark Meaning Behind The Byrde’s Name Explained