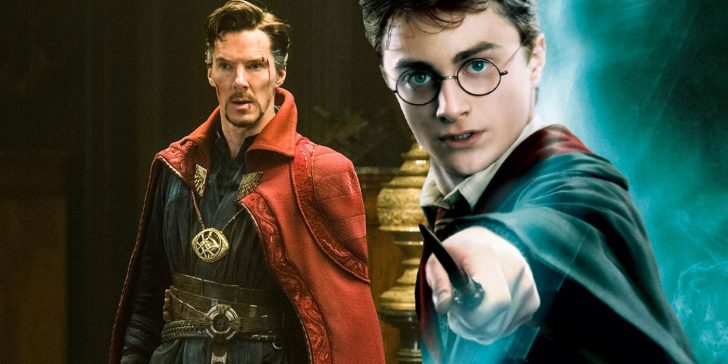 The last few years have seen Marvel Comics draw on Harry Potter for inspiration – but it’s time for the comics to blaze their own trail instead.

It’s becoming apparent that Marvel Comics needs to stop looking to Harry Potter for inspiration for its magic. Sorcery and magic have long been part of the Marvel Universe, and of course, Doctor Strange is the most prominent example – originally Master of Black Magic, but ultimately Sorcerer Supreme. Every dimension has its own Sorcerer Supreme, sworn to protect it from incursion, and in the comics Strange recently passed on the mantle to his ex-wife Clea.

The problem with magic, of course, is that it has no basis in the real world – which means every generation of Marvel’s writers and artists tends to draw on different sources for inspiration. Chris Claremont’s run of X-Men books – which introduced Magik, Sorcerer Supreme of Limbo – drew heavily on Wicca. But recent comics have focused on the Harry Potter franchise for inspiration, with Stephen Strange becoming headmaster of Strange Academy, Marvel riffs on Diagon Alley and Knockturn Alley, and even clear homages to specific spells. It’s easy to see why this is happening; Marvel’s current writers grew up with Harry Potter, and their love for J.K. Rowling’s Wizarding World shines through in their work.

Unfortunately, as enjoyable as this may be for fans of Harry Potter, it’s having a negative effect on the comics overall. Anyone who’s familiar with fantasy literature knows that Rowling has only scratched the surface when it comes to the potential for creating worlds of magic, and it would be good for Marvel Comics to start establishing their own magical identity – their own rules and processes, their own core principles and ideas, drawn from countless sources. This was the approach Marvel Studios took when they established magic in the MCU, choosing to consult with quantum physicists about the nature of reality itself. That gave the MCU’s magic its own distinctive look and feel.

No doubt Marvel’s writers would be tempted to simply move from Harry Potter to the MCU itself for inspiration – after all, readers will undoubtedly be familiar with the movies, and they’d be excited at seeing Easter eggs. This is indeed happening to an extent; Doctor Strange’s portals now look like his MCU equivalent, while the Strange relaunch features Clea weaving spells with the same kind of energy effects. But this, too, should be resisted; it’s better for the comics to truly do their own thing, giving the MCU plenty of new ideas to work with. Such an approach has another adventure; it allows the writers and editors to work together creating their own “rules” of magic, which would be an enjoyable opportunity.

One benefit of such an approach is that writers would be able to define the limits of magic as well as its strengths. A major problem with Marvel’s current approach is that, because magic is so ill-defined, practically anything can be done. The last few years have seen some basic ideas about the cost of magic implemented – seemingly inspired by Mordo’s warning about the price of magic in Doctor Strange – but they’re handled inconsistently. A carefully-constructed structure to Marvel’s world would prevent these inconsistencies happening, and it would ensure magical stories felt as though they had a real element of risk to them when the limits of even the Sorcerer Supreme are reached.