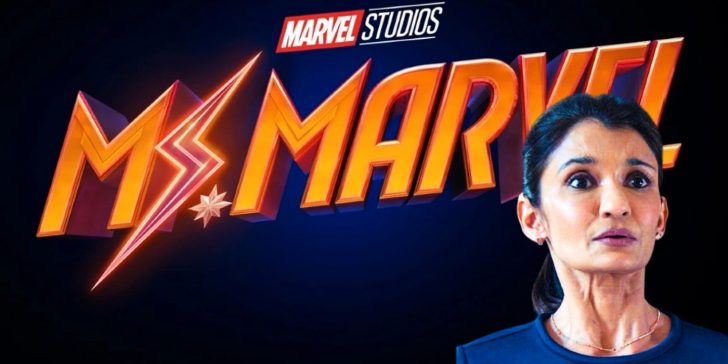 Anjali Bhimani, who appeared on the Hulu original, Marvel’s Runaways, has been cast in a recurring role for the upcoming Disney+ show, Ms. Marvel.

A new actress has been announced for the cast of Ms. Marvel, but this is not her first Marvel role. Ms. Marvel is an upcoming show on Disney+ set in the MCU. It follows Kamala Khan, a 16-year-old Pakistani American who idolizes Captain Marvel. The show was announced at the D23 Expo in 2019 and has been delayed several times due to the coronavirus pandemic. Kamala Khan is also confirmed to be making an appearance in Captain Marvel 2, alongside Monica Rambeau, and will likely continue to appear throughout future MCU titles.

Now, Deadline reports that actress Anjali Bhimani will be appearing as a recurring character in Ms. Marvel, though further details about the character are unknown. Bhimani previously appeared as Mita Nansari in Marvel’s Runaways, a Hulu original series that ran from 2017 to 2019. She is better known for her roles in games and animated series as she voices Symmetra in Overwatch and recently appeared in Critical Role’s The Legend of Vox Machina.

Related: All 18 Marvel Shows Releasing After Hawkeye (& When)

Runaways has yet to be brought into the Marvel Cinematic Universe cannon, so it is unlikely that this casting choice is related. Bhimani played a relatively small role in the Hulu Original, so it could be easy for Ms. Marvel to introduce Runaways into the MCU without making too much of a splash. Regardless, Bhimani was already well-versed in “nerd culture” before joining Ms. Marvel and is likely to be a quality addition to the Ms. Marvel series when it releases later this year.

More: How Ms. Marvel’s Costume and Powers Compare To The Comics

Elsa (she/they) is a film and television writer based in Los Angeles. Screen Rant is her first professional writing gig, though she has been covering pop culture television as a host on the GET Real podcast for over a year. Most of their free time is consumed by nerding out over video games, Dungeons and Dragons, and her two cats Pumpkin and Barnaby.