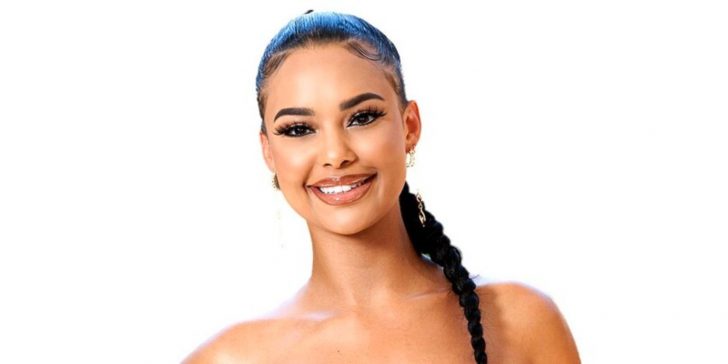 Bachelor In Paradise alum Maurissa Gunn makes her return to Instagram with new post addressing how she’s been after her split with Riley Christian.

Bachelor In Paradise star Maurissa Gunn is talking about how she’s doing after her devastating breakup with Riley Christian in her latest post. Maurissa was on pilot Peter’s season of The Bachelor but only lasted one week before being eliminated. Despite her short time on the show, she was invited to be on their sister show BIP and even won season 7. Maurissa made a name for herself on the beaches of Mexico for her likability and good-natured charm. The season seemed to already be going well for her, and then Riley Christian entered the beach. He came on with a date card and asked Maurissa out right away. The pair went on their first date together, and by the end of the night, they were essentially an exclusive couple.

The two remained a fan favorite for the entirety of the season, and by the end of it, they were engaged. Making Bachelor history as the first black couple ever to be engaged on the franchise. By December Maurissa had moved to New York to be with Riley, and the pair seemed to be doing good. Unfortunately, it didn’t last long as, after some cryptic Twitter posts from both parties Maurissa deleted almost every picture of the couple from her Instagram. This led fans to speculate, and in late January the couple finally confirmed they had broken up.

Now Maurissa is addressing how she’s been doing since the breakup in her latest Instagram post. The newest post, which features a series of pictures of Maurissa at ROC Fitness, is captioned, “I’m back baby, and feeling better than ever.” Maurissa continues, “…this year I have decided to focus on ME and put ME first. These last few months haven’t been easy, but let me tell you today I feel amazing.” Aside from their breakup announcement, Maurissa and Riley have mainly been quiet when it comes to the ending of their relationship. Recently though, Maurissa spoke with BIP alum Natasha Parker about why their relationship ended, citing the move as the main reason. Its difficulty and isolation from her family and friends made them rethink the relationship.

Maurissa goes on to say, “Taking time to heal at my own pace was the best thing I could do.” It seems since the breakup Maurissa had taken a step back. She hadn’t posted on Instagram in over a month and barely posted on her other social media accounts during January. She continues the post by thanking her support system, stating she wouldn’t be anywhere without them. The post also confirms she’s at least currently staying in Georgia, as ROC Fitness is located in Atlanta, where Maurissa previously resided.

Maurissa and Riley’s breakup has been a tough one for Bachelor Nation to watch. In their interviews after Bachelor In Paradise aired they spoke about wedding plans, and even having children. For a show that promises happily ever after it’s a rare thing for contestants to actually find it and fans were convinced Maurissa and Riley had. Especially in the face of such a public and sad breakup, Maurissa and Riley have shown strength. It’s incredible to see her doing better and as she optimistically ended her post, “Let’s see what this year has to offer!”